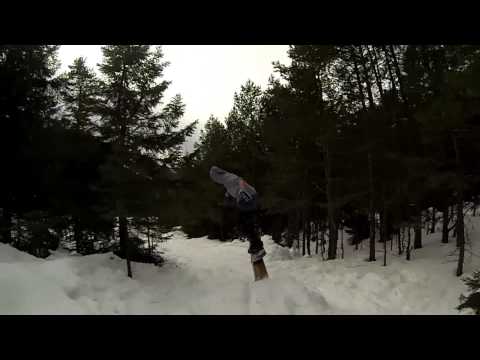 Another month another challenge. For March’s challenge we called-in on Park City deviant Steve Stepp for inspiration. Steve wanted to see a quality “Homies Edit” from each of the Academy riders that captured the fun and stoke of shredding with friends. Two riders really caught the essence of the challenge: German Academy snowboarder Daniel Diedrich’s mini shred & BBQ session made everybody at Amplid HQ want to pick up shovels and get shaping in the backyard with a couple of Bratwurst on the BBQ. Fresh off a win in the third challenge Tanner Bordeau proved that he’s still the man to beat with a banger packed edit filmed in a soft and slushy Park City. The video vibe might have been ‘good times’ but the tricks were straight fire!