At the start of January we posted this video of Amplid boss Peter Bauer testing a new powder board shape in the Austrian Alps. The first production boards have now been pressed and shipped globally for Industry tests and tradeshows which meant that Amplid Ambassador and ex world cup big air rider Stefan Falkeis was able to get on the mystery board at the Shop’s 1st Try at Landeck, Austria. The ARC can now reveal that the board is called the Morning Glory and will also be available as a split for those freeriders who want to get deeper into the backcountry, both are available in one length, 163cm. Right at this moment we can’t give away too much information about the Morning Glory’s radical shape but we can let you in on what Stefan though of it:

“I’m really impressed with the Morning Glory, it’s so agile and and a lot more  controlled at speed than I initially thought, It’s also suuprisingly good for airs in the backcountry. The stiffness is somewhere between the LoBro 158 and the Paradigma 159 but it feels like riding a 155. The graphics are super clean.”

Here’s a couple of pictures Stefan took at the test which display the MG’s unsinkable nose dimensions… wait ’til you see it in its entirety! 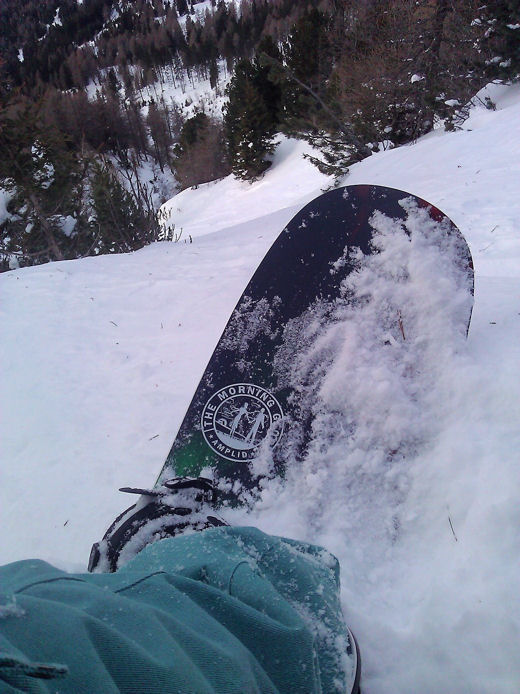 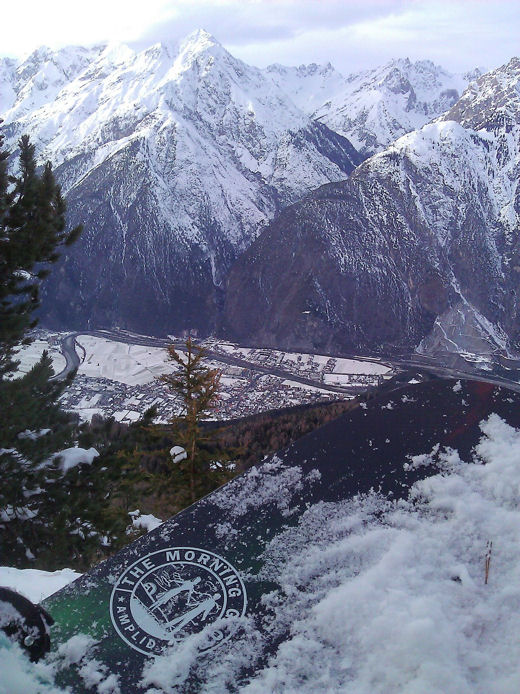