GRAB A FREE BOARDBAG AT YOUR CHECK OUT! (FROM BASKET VALUE 700.-)

It’s been a big year for space shuttles, specifically those that are designed for multiple missions over a period of time. It’s an expensive endeavor though, one that’s seemingly reserved for the uber-rich. German based brand Amplid have built their very own shuttle designed for repeated entry into the backcountry. And thankfully you don’t need to be a multi-billionaire to take a ride on the Surf Shuttle. Nor does it look like a giant cock.

“If you’re looking to get the most life out of your split and still want a shape that’s all about those surfy turns, powder slashes and rooster tails, this one’s just the ticket”

Who Is The Amplid Surf Shuttle For?
There are plenty of options out there for the gram-counters, but the Surf Shuttle takes a more robust approach to it’s construction. That’s not to say it’s in the heavyweight category, not by a long way. But durability is the name of the game here. If you’re looking to get the most life out of your split and still want a shape that’s all about those surfy turns, powder slashes and rooster tails, this one’s just the ticket.
Shape, Profile and Sidecut 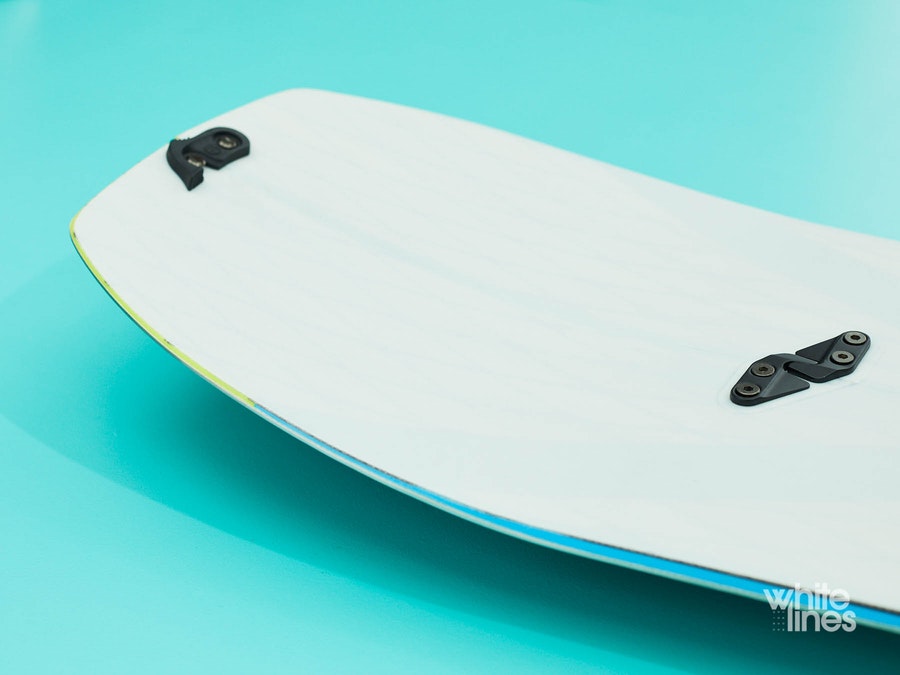 The setback stance, tapered outline and fishtail is going to give you all the float you’d ever need in deep snow, but Amplid have also utilised their 3D crust buster nose, which bevels the sides of the base in the nose area, so smooth out turn transitions and straight lining when the conditions aren’t quite so favourable.
There’s also a mellow camber running through the mid-body of the board. It’s not so aggressive as to make the Surf Shuttle feel overly demanding — and indeed this ones most at home on more mellow terrain where you’re maximising the natural features and getting as many pow-slashes in as possible – but if you find yourself making a hairy traverse into your line, or need some decent response underfoot when you’re giving it full gas, you’ll be pretty well looked after.

“The setback stance, tapered outline and fish tail is going to give you all the float you’d ever need in deep snow”

Construction and Materials
The Surf shuttle splitboard has a flex rating of sic out of ten. That’s largely thanks to it’s more mellow flexing biax fiberglass layup a lightweight wood core, but it’s bolstered up in the tip and tail with Basalt stringers which help to dampen out the overall ride at higher speeds and give you a little more response in and out of your turns. 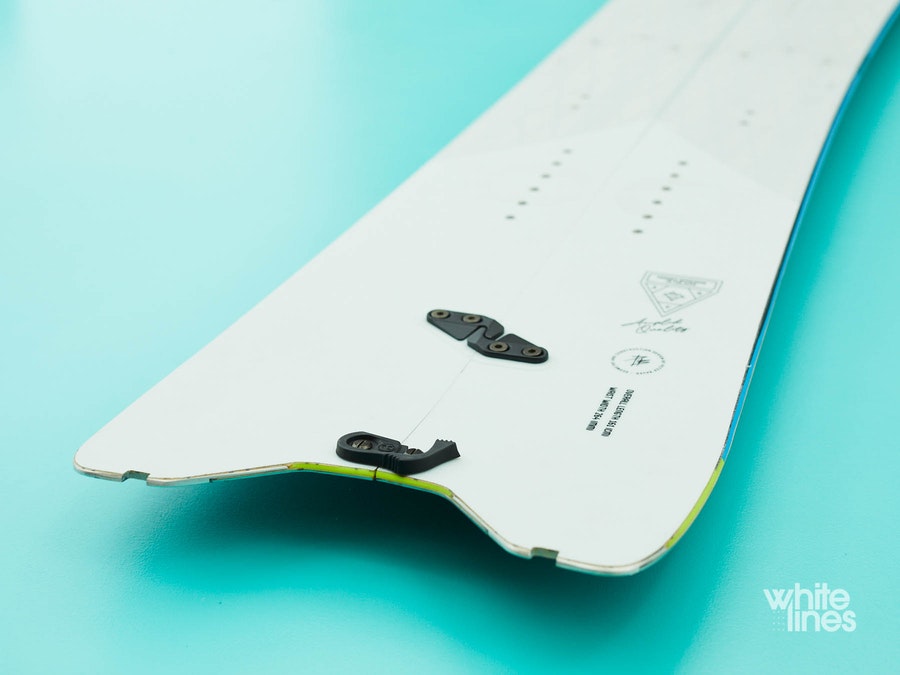 The key thing to note with the construction, however, is the Knuckle Sandwich construction and Stratospheric topsheet – both of which are specifically designed for life on the skin track and out in the backcountry where you’re more likely to come into contact with natural objects lurking underneath the snow pack, or simply scratch the splitboard’s materials when you’re on the ascent.
The topsheet has been replaced by a thicker Polyamide material which is far less prone to dings and scuffs and the plain black sintered base is far less likely to get snagged up on a rock (and hey, if it does, it’s a much easier repair job at the end of the day!).

As for the Stratospheric topsheet. Well, we’ll leave the science talk to the experts, but essentially by integrating tiny lenticular shapes into the topsheet’s material, the Surf Shuttle is able to reflect the sun’s solar energy and avoid the build up of snow sticking to the material as easily. It’s not a complete guarantee, but Amplid reckon it reduces solar transmittance by approximately 51%. That could make all the difference when you’re facing 1,000m of ascent with tired legs…

“The key thing to note with the construction, however, is the Knuckle Sandwich construction and Stratospheric topsheet”

Roundup
Amplid have been leading the way in snowboard innovation in their own way for some time, and it’s reassuring to see them producing splitboard specific models, rather than cutting the fan favourites right down the middle. The combination of performance, durability and split specific innovation make the Surf Shuttle one of the best value, longest lasting, and straight out the box shreddable rides out there. 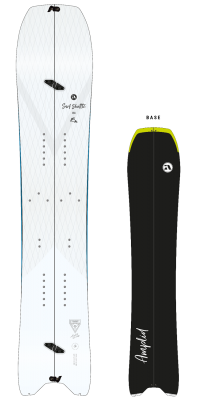