The Oregon volcanoes have been having a good corn cycle recently. Matt Stouder and I (Buell Steelman) took our Milligrams up to the West Rib of Mt Jefferson on Wednesday to get one more day before a week of stormy weather. Mt Jefferson is the second highest peak in Oregon at 10,500 feet (3200 meters). It is a beautiful peak. 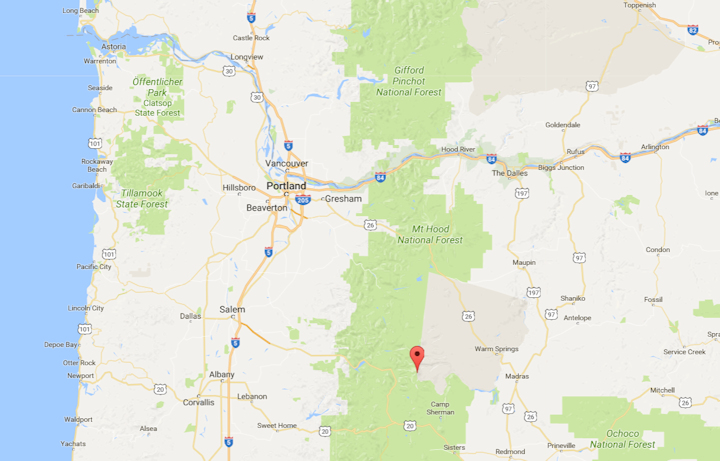 We woke at 5 AM to a temperature of 55 degrees F(13 degrees C), a bit warm, even at 3200 feet (975 meters). It would be a couple of hours and quite a bit of elevation gain before we would know if the snow was consolidated enough to climb to the summit. 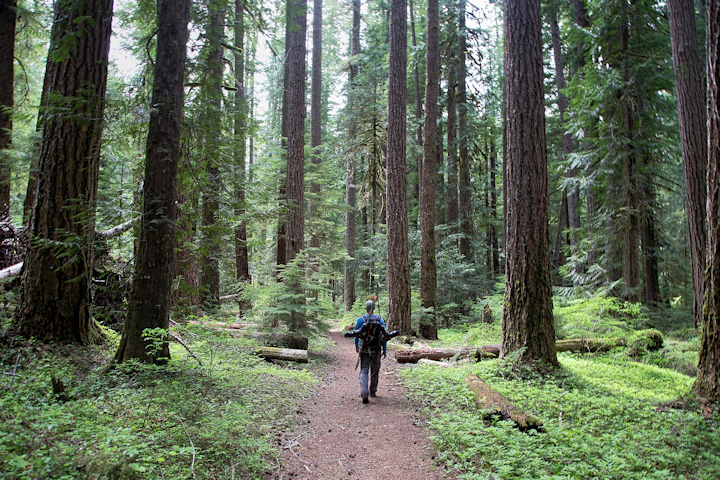 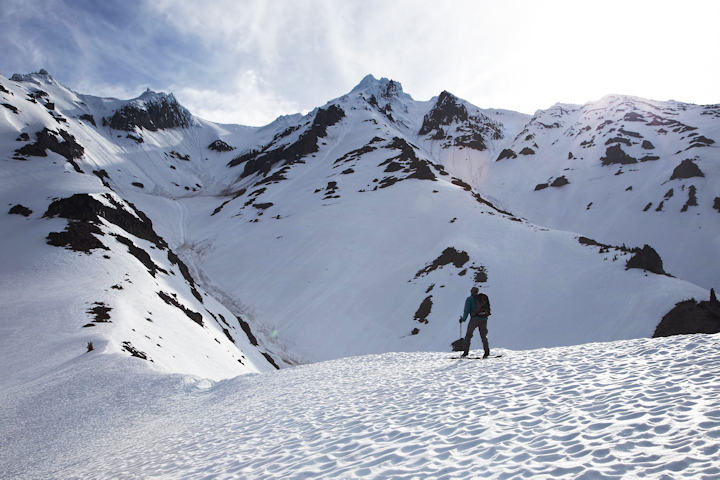 After a 3 mile (5 km) walk through the beautiful old growth forest and a mad scramble up a steep, loose rock slope we got to the lowest finger of snow and started skinning. It was soft, but very consolidated so we kept going. 1400 feet (425 meters) later, we switched to booting as the slope angle increased. The snow continued to be on the soft side, but well consolidated. 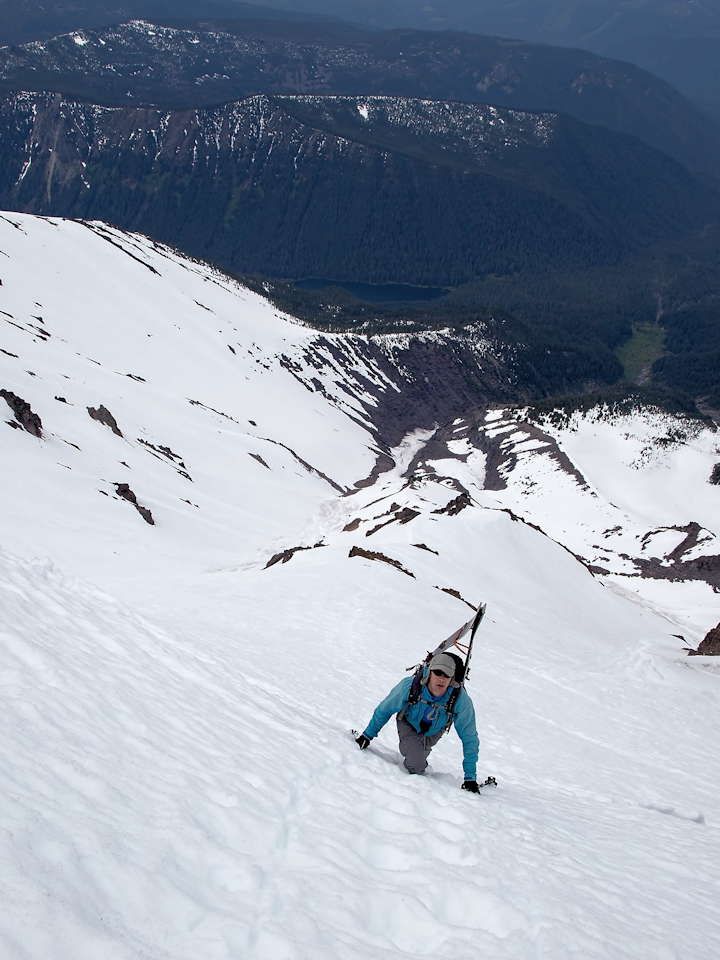 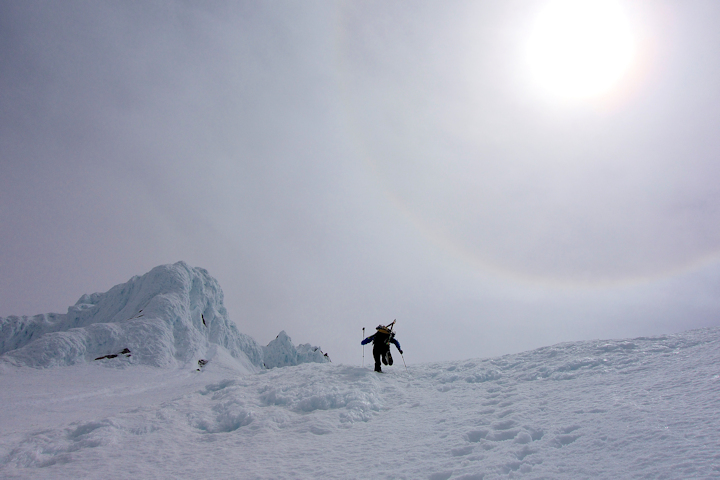 A storm was forecast to arrive that night and the clouds and breeze were helping to keep the snow in good condition. At noon, we reached the base of the summit pinnacle which is still covered in dramatic formations of rime ice. Being a bit nervous about the weather, we quickly transitioned to start our descent. 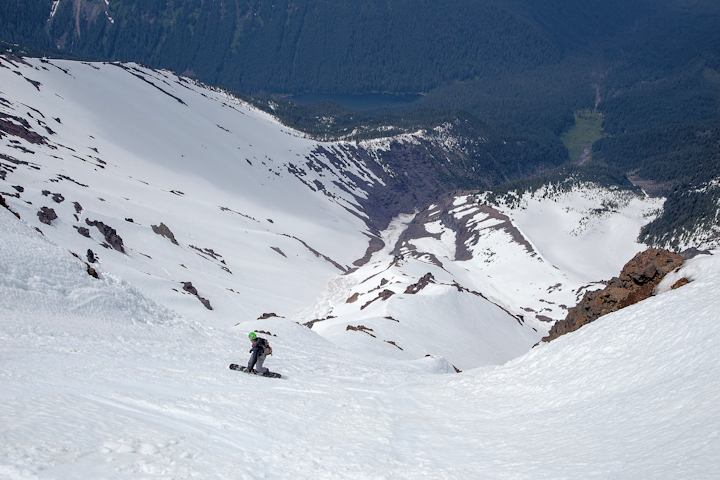 I have climbed this line a couple of times before, but descended by different routes so I was really excited to get to ride the West Rib from the top.  It was an awesome descent with lots of variety and amazing views. The line is about 3700 feet (1100 meters) and due to the clouds keeping the bottom from over baking, the snow was almost perfect top to bottom. 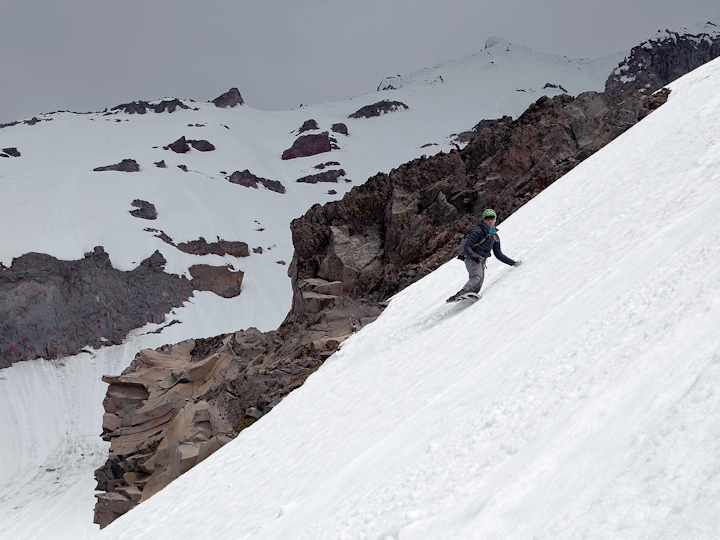 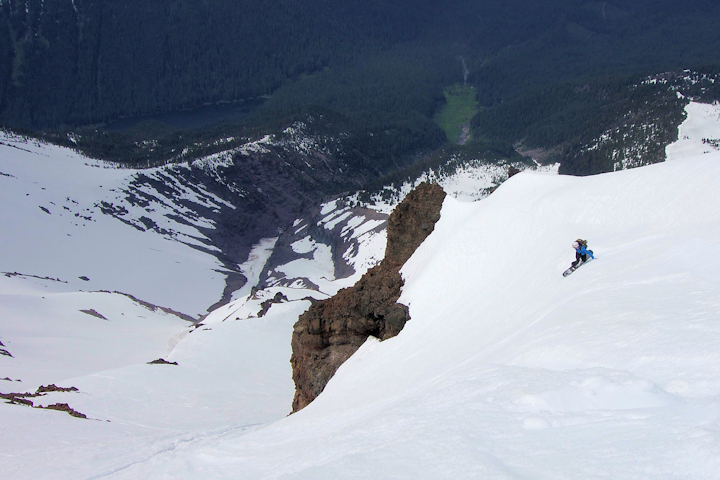 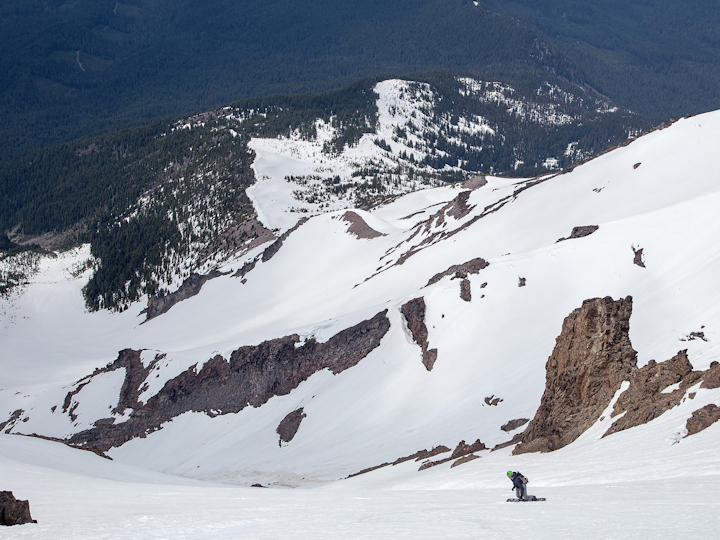 After some celebration at the bottom, we made our way back to the low angle cruiser slope and rode back to the bottom of the snow finger. We switched back over to approach shoes and down climbed the loose rock slope back to the forest below. Epic day! 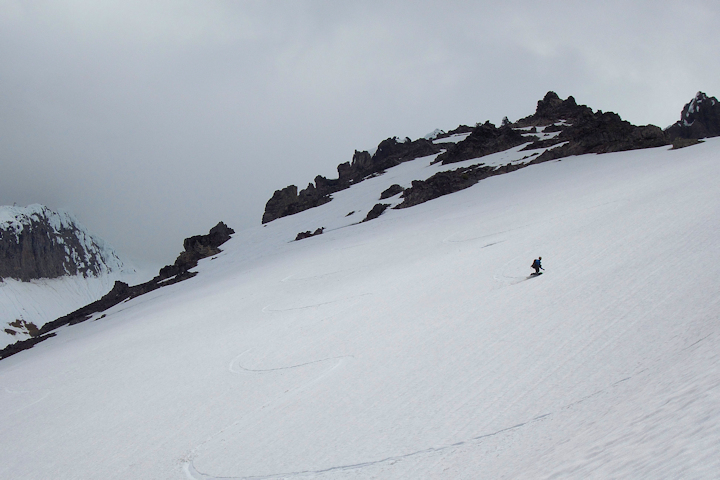 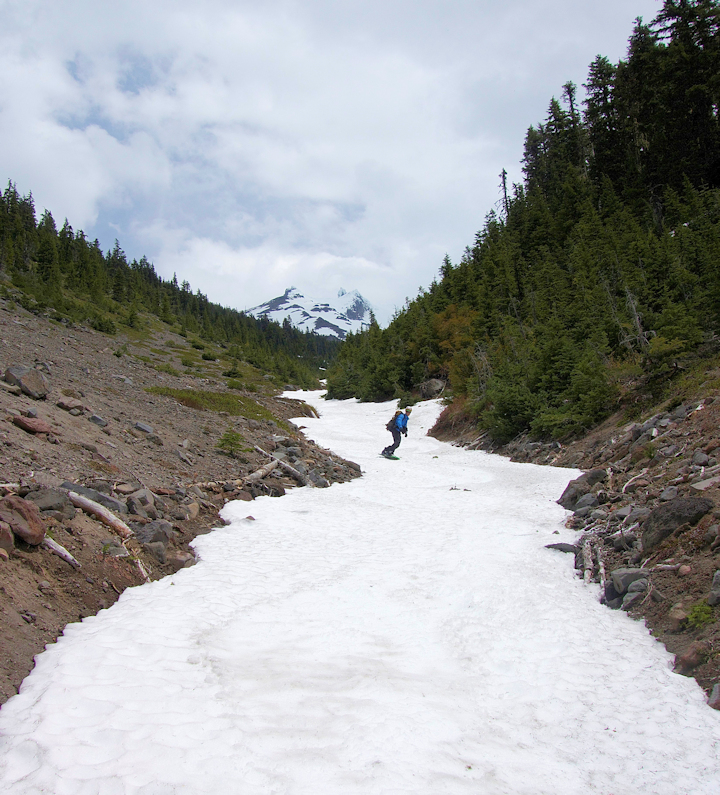 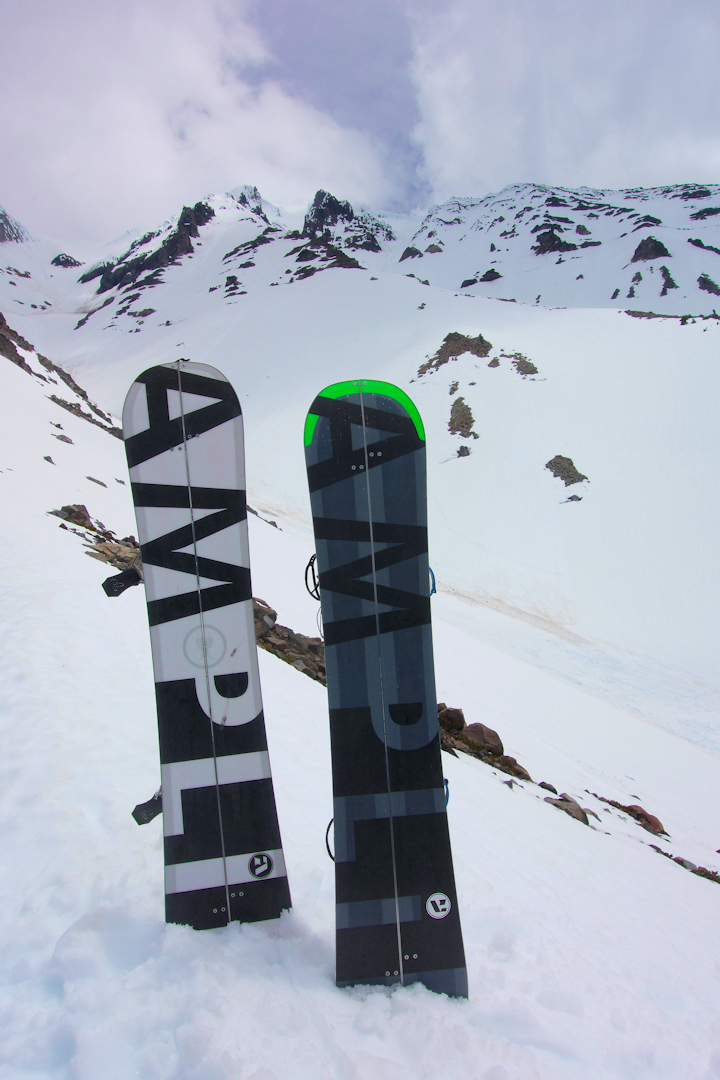