Why we chose the Amplid Souly Grail Snowboard: Because maybe, just maybe, the search for the perfect turn is over.
Amplid have carved out a stellar reputation for their fleet of snowboards dedicated to perfecting the art of the turn. Their Centrifugal Collection showcases some of the most performance-driven, technologically advanced boards that induce a near God-like feeling of power and control on the edge. Winter 21/22 sees a new model added to the lineup: the Souly Grail. 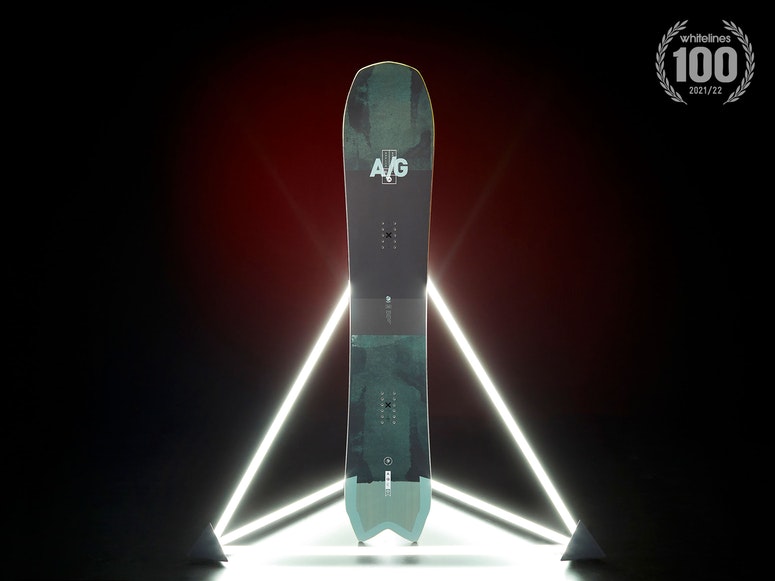 Tighten your boots, zip up your vents, and say your Hail Marys. Your snowboarding prayers are about to be answered.

Who Is The Amplid Souly Grail For?
It’s certainly geared towards more experienced riders who want the best performance on offer. That said, you needn’t take a holier-than-thou attitude to precision carving to get along with the Souly Grail. Compared with the likes of the Pentaquark, this one’s pretty manageable at slower speeds, in tighter spots, and when you’re taking the home run in cruise control.

Shape, Profile and Sidecut
At a glance, the Souly Grail doesn’t look a million miles off their other Centrifugal Collection rocket, the Surfari. But a closer inspection here reveals a slightly narrower waist width and longer running length – both of which will increase the board’s agility between turns and getting the most amount of grip on the edge.
There’s a camber running throughout the majority of its length with rocker sections at either end. You’ll also get some additional lift in the nose thanks to that ultra-wide, low rise profile at the tip and the 3D Crust Buster Nose.
All that turning prowess is backed up with a setback stance, tapered outline, and retro-inspired swallowtail. On the pistes, the shape will allow for more progressive entries into your turn and grip throughout the arc. In powder, the offset surface area between the nose and tail along with the positioning of the rider’s weight closer towards the back end will offer up effortless float in the deepest conditions.

“All that turning prowess is backed up with a setback stance, tapered outline, and retro-inspired swallowtail”

Construction and Materials
But shape alone doth not make a Centrifugal Collection. The real brains and brawn of the Souly Grail are tucked under the hood, with Antiphase 2.0 being the star of the show. Amplid’s innovative in-house dampening technology is explained in depth in their catalogue, but “Non-Newtonian polymer sandwich” just sounds like a questionable lunchtime snack to most of the Whitelines crew.
Thankfully, the outcome of this meticulous German engineering is pretty simple and has been verified by our Test Team over the years — these are some of the smoothest and most confidence-inspiring snowboards to ride at speed. The amount of vibration and chatter soaked up is frankly mind-blowing. Better yet, it eliminates the need for a blunt, cut-off nose to achieve this, meaning the Souly Grail takes full advantage of that big, floaty front end to excel in powder. 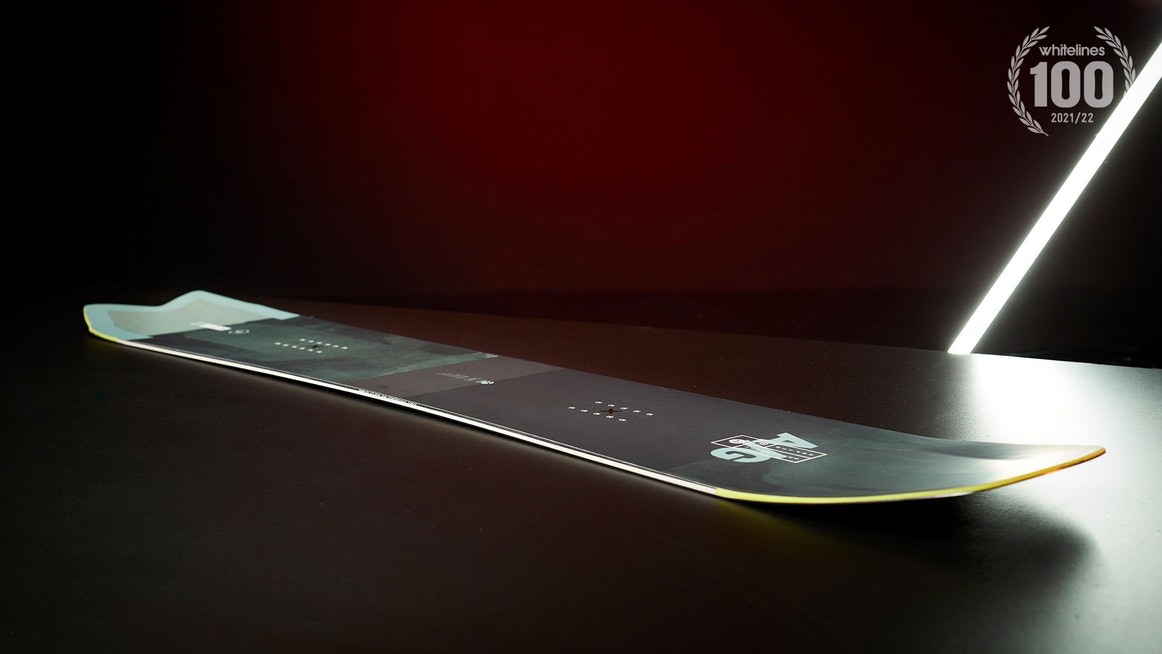 That’s backed up with an ultralight core featuring a honeycomb-like construction (made from recycled paper) in target areas to shave off weight without compromising the board’s strength and durability. Carbon stringers are added into the tail for a little more “oof!” to stick your landings and slingshot you into the next turn, but that’s sandwiched between more torsionally forgiving biax laminates, keeping the Souly Grail on the fun side of seat-of-your-pants riding.

Roundup
Amplid aren’t known for making the most affordable snowboards on the market. It was only last season when they first released two price-point, entry-level options (the Ticket and Ticket Twin). But frankly, some things are just worth spending a bit more money on, and the Souly Grail is a fine example.
Its performance on piste is second to none (excluding the rest of the Centrifugal Collection, of course). But in keeping with its name, it isn’t just a razor-sharp killer with knife-edge precision, it’s one of the most stoke-inducing powder drivers we’ve ridden this season. It’s a snowboard with soul.

“Amplid homegrown Antiphase Technology provides superior chatter damping without adding noticeable weight, and it doesn’t confer a soggy, dead feel like other damping systems. The 3D Crust Buster Nose will let you plough effortlessly through any kind of windblown scab or suntoasted crust.
Amplid completely dropped the UV-gloss-finishing, due to environmental reasons caused by solvent, but applied a silky matt-finish on all their boards, which adds even more of that raw tech-feel. Amplid begged the base supplier to sinter a re-edition of the 80ies wave-base in those damp colour tones to match the board’s top sheet graphics. This base is not only looking rad, due to the second sintering process it makes it even more dense – which means “faster”.

Read the full review on WHITELINES.com !!! 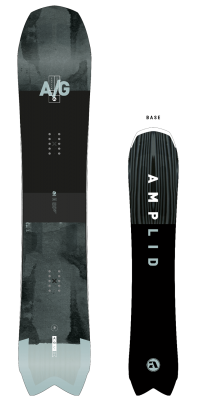