The stunt, which was funded by Boognar, a company which has built a global brand from pointless wave-based stunts, makes Peter the first and only person to ride a wave of that size on a snowboard.

Cornered by the media whilst wrestling his trophy from the grasp of a visibly agitated Garrett McNamara, Peter said:

“There was a big weather system brewing in the Atlantic and I knew that the swell was going to be monstrous! The locals say the waves at Nazare are like mountains, and I’ve been riding mountains for 30 years. The wave itself was like riding a tricky red trail, not quite technical enough to warrant black status, but not the kind of slope you can ride blindfolded. The tow-in was hardest part for me, it reminded me of riding the T-bar at Kaunertal, you know the one which gets really steep for the last 500m, sometimes that T-bar is a real pain in the ass!”

Asked whether he would be attempting to ride any other infamous big waves, Peter replied:

“Big Wave Snowboarding isn’t something I want to pursue any further. I hate wet snowboard boots and after this ride my toes were like wrinkled-up prunes. Plus, surfing is about the babes... have you seen the beach at places like Nazare and Mavericks?!”

In the aftermath of the shock result, organizers of the event are discussing the possibility of banning the use of bindings from future entries. Rumours circulating through the big wave scene are that Laird Hamilton is seeking legal counsel to fight the implementation of any ban. 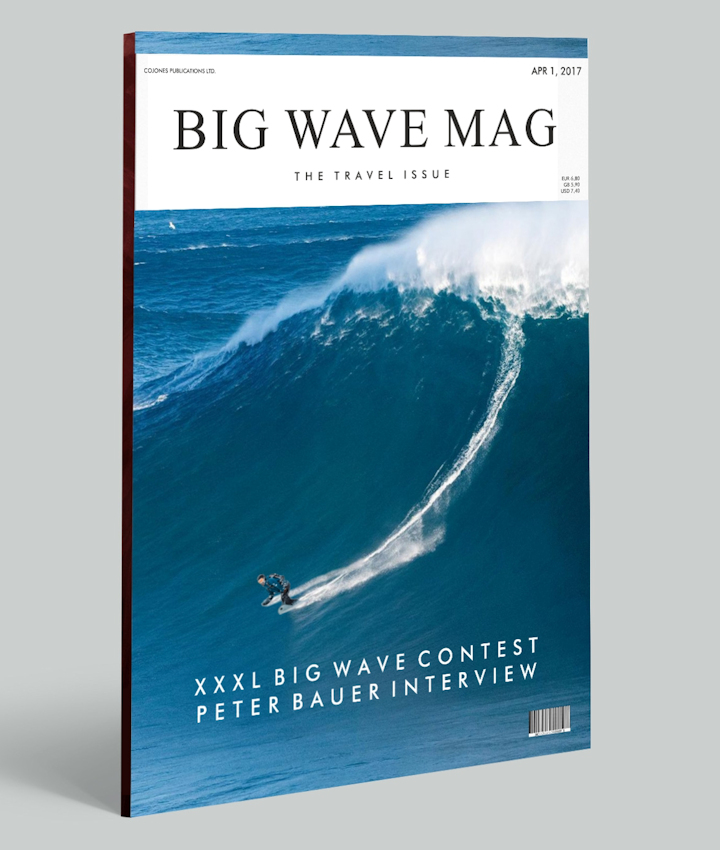