This Spring I was able to be apart of a true adventure. The Bagley. Deep within Wrangell-St. Elias National Park lies the largest non polar ice cap in North America.

At the heart of the Bagley is Mt. St. Elias. St. Elias has captured my imagination for the last 2 decades. Rising 18,008 feet in only 10 miles from the head of Icy Bay on the Gulf Coast of Alaska. I have traveled past her many times on the sea, gazing wide eyed up at the immense vertical relief, imagining the first ascent by the Duke of Abruzzi in 1897. The closest civilization lies over a 100 miles to the North, McCarthy. This old mining town is surrounded by towering icefalls and large, glacial fed rivers. Zack Barrett is a 3rd generation descendent of a miner that toiled away in the copper mines at the turn of the last century. A hard charging skier that has come back to this small outpost to build a homestead of his own. He has had a dream of one day taking a snowmachine onto the Bagley to ski lines. While skiing on the Bagley is not unheard of, it has always been accomplished by ski plane. Finding a route onto the icefield, in terrain that committing, has only been accomplished twice in known history. And they didn't ski. While escaping the darkest and coldest period of Alaska, Zack was surfing in Maui. However his eye was on weather forecasts back in Alaska. A large storm was approaching the Wrangell-St. Elias. Deep snow was  forecast. This could be the right setup to finally make such an ambitious trip possible. He flew back to Anchorage with a pineapple and a dream.

Greg Stafford is the most adventurous skier I know. His ability to route find on a sled through the most crevassed glaciers is unparalelled. As a longtime friend of Zack's, he was the first call to join on this mission. Greg was instantly on board. I'm not sure how I was fortunate enough to join this tight knit crew, but I was next on the list. I was in.

We met at Zack's grandfather's horse barn, converted into a cabin, that was built in 1907. Gear was strewn about everywhere. Ski equipment, crevasse rescue and climbing gear, tents, sleeping bags, camera's, Go Pro's, food, gas stoves, tool kits.. Topo maps downloaded, Google Earth studied once more, calls made to any pilot within 500 miles that we knew in order to have some sort of backup plan, as unlikely as that was. 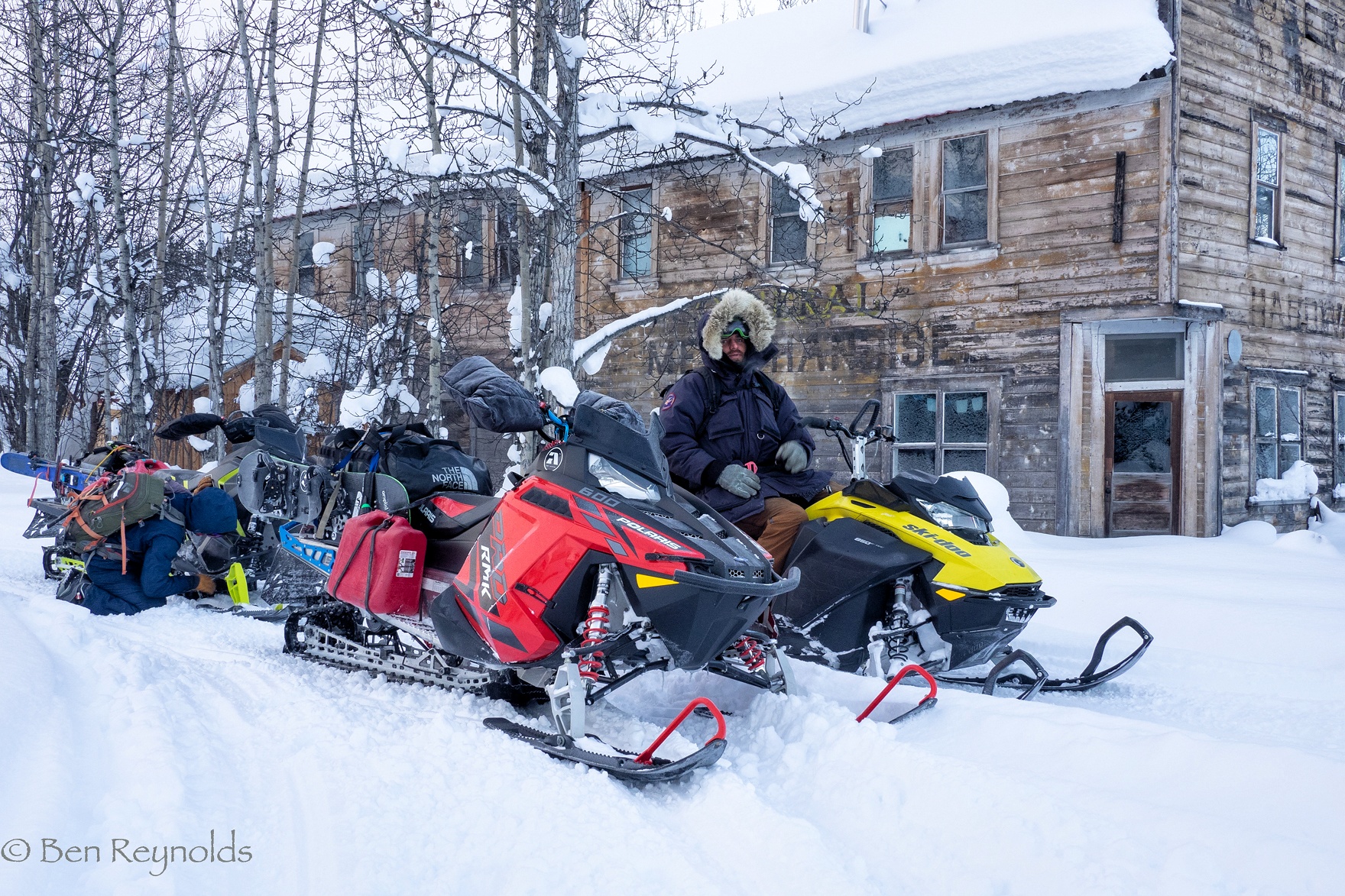 The next morning we loaded multiple gas cans and all of our personal gear onto each sled. They were severely overloaded and top heavy. The forecasted snow had come to McCarthy. Rivers that normally would have exposed ice, boulder fields and jagged chunks of frozen overflow were now covered under 3 feet of fresh snow. We burned too much fuel as we took turns breaking trail. Even Zack's Ski Doo 850 with a 174” track struggled in places. I tried my best to follow in the 3 ft trench that was left behind. We connected multiple rivers, weaving our way deeper to the South and the St. Elias range. The crux of our route lay 80 miles in, at the narrow canyon of a Class 4 river. The river had claimed numerous people over the years at this location. This was the big unknown of our  chosen route. On arriving, there was open water. The silty water was flowing swiftly between frozen snow bridges. Greg worked his way deeper into the canyon. Reaching a 5 ft wide snow bridge, 200 ft cliff on his left, the river 8 ft below on his right. If the bridge failed or a mistake was made, it would mean a fall into the water, which immediately disappeared under river ice again. There would be little hope of a rescue.

He evaluated the bridge and then went for it. The bridge held. Zack, then I, crossed. The tension was high. This was not fun. 30 miles later we reached the toe of the glacier that would lead us onto the Icefield. We navigated unknown crevasse fields handily. The glacier rise upwards and smoothed out the further we rode. The horizon line started to lower as we climbed. The mountains that we could only see the tops of started to grow. Was it this easy? The realization that we had made it slowly took hold. One by one, we stopped our sleds side by side. Our mouths hung open. The evening sun lit up an overwhelming expanse of ice and mountains. Our wonderment turned to jubilation as our minds started to comprehend where we were. We hugged, screamed and generally freaked out! 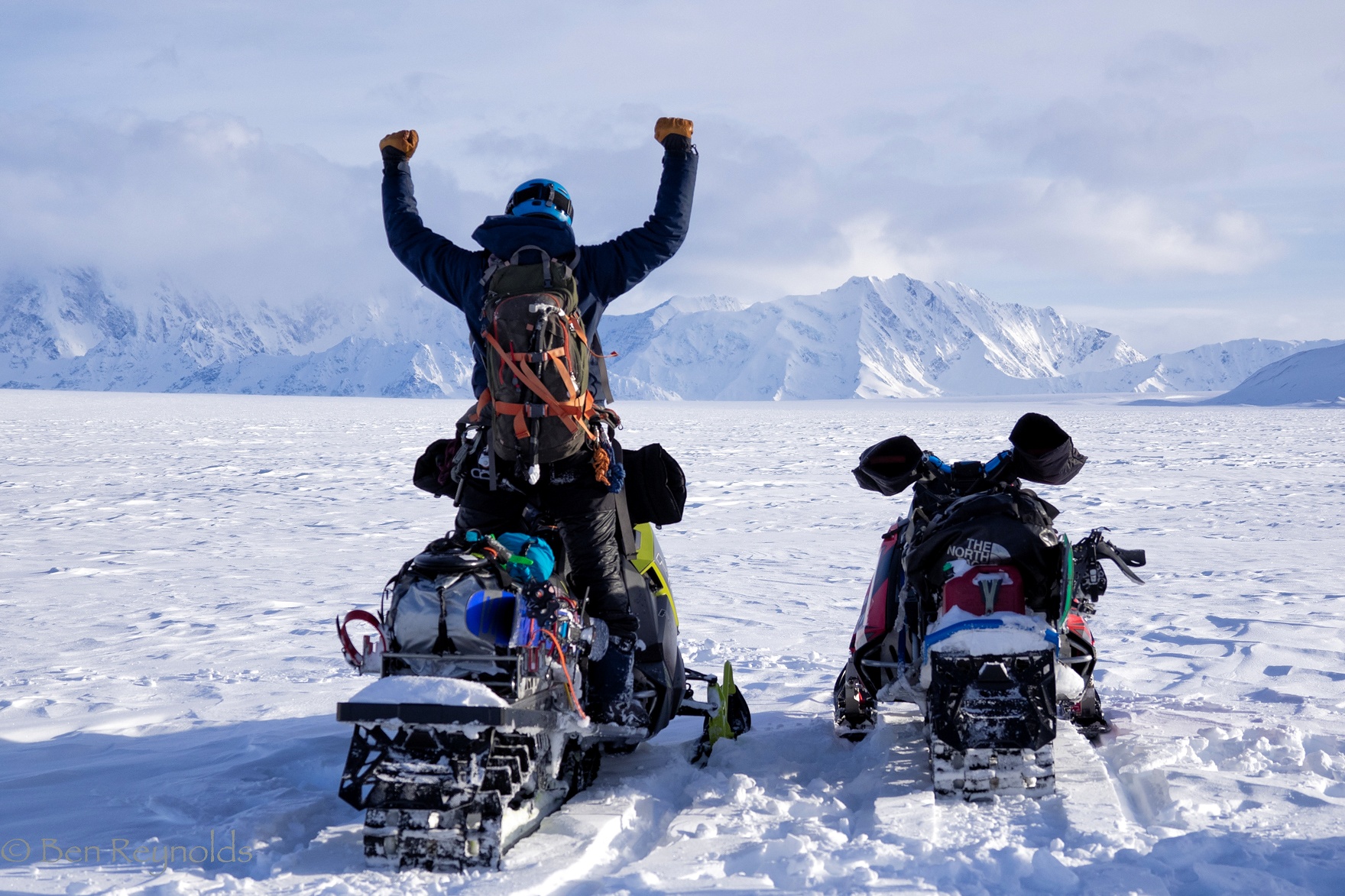 We wanted to find an epic camp site. The expanse stretched to the East, so we sped off across the icy desert where distance is incomprehensible. 15 miles later we were “just over at that moraine”. This would do. The Bering Glacier dropped off in front of us, revealing a glistening sliver of Pacific Ocean. The winds were calm. However this is not the place to let down your guard. I pitched my Hilleberg Nammatj tent with “deadmen” out of cut branches that I brought with me. Our sleds were not the only thing that could go from zero to 80 mph in seconds. The winds up here funnel through the glacial passes and could easily rip a tent free and send it across the icefield. 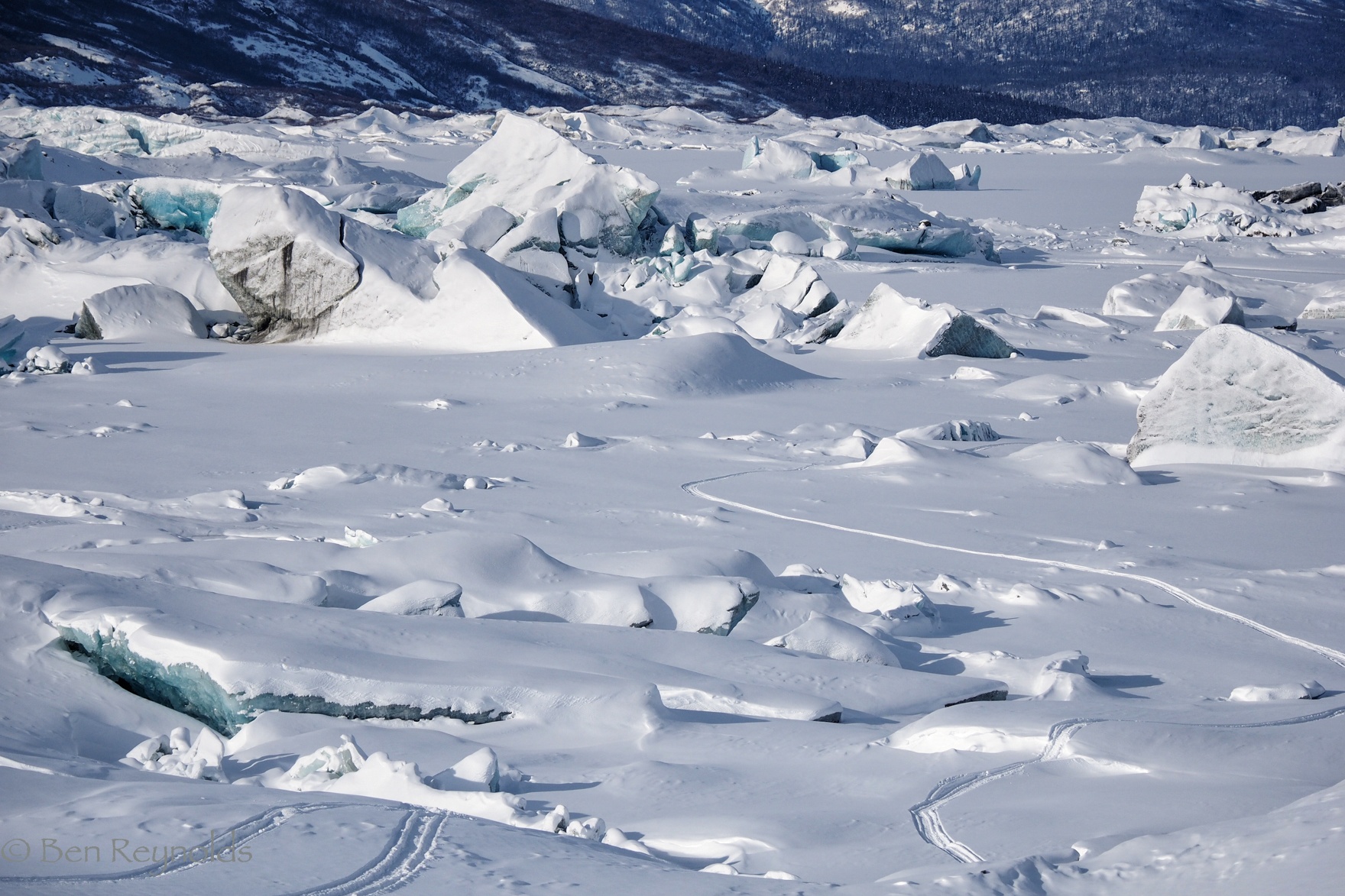 The following morning we melted snow, made our coffee and prepared our kit for venturing deeper. Below zero temps made things, and us, slow. Greg and Zack shared a small mountaineering tent. The frost within showered down on them as they started to stir.

Our first goal was to get within sight of St. Elias. A few miles from camp it came into view. I was overwhelmed with emotions. Here was the mountain of my dreams, right there in front of me. We had gotten there under our own means and on our own terms.

We were running low on fuel. It dominated our conversation. Should we push further? Do we go further at the risk of running out on the way back, still deep in the wilderness? We push further. In the next few miles, a cirque opens up with what looks like rideable faces. So many of the mountains here can only be ridden in our minds. The massive bergschrunds and icefall within the lines make  hem impossible. We park our sleds and start skinning up a warm up line on a glaciated ridge. An hour later I top out on the ridgeline on my Milligram. St. Elias is right there. The fluted faces along the Southern edge of the Icefield stretch out in front of me. Calling. It feels cruel that we have made it this far, yet are limited by what seemed to be a never ending supply of fuel when we started out the previous morning. I ripped my skins and put my board together. My thinking switched from a longing for more to an appreciation of the moment I was in. This was not only a first descent, but THE first descent of any line on the entire icefield that was accessed with snowmachine. I dropped in to the smooth snow, arcing long radius turns down the glacier and savored every turn, every movement. 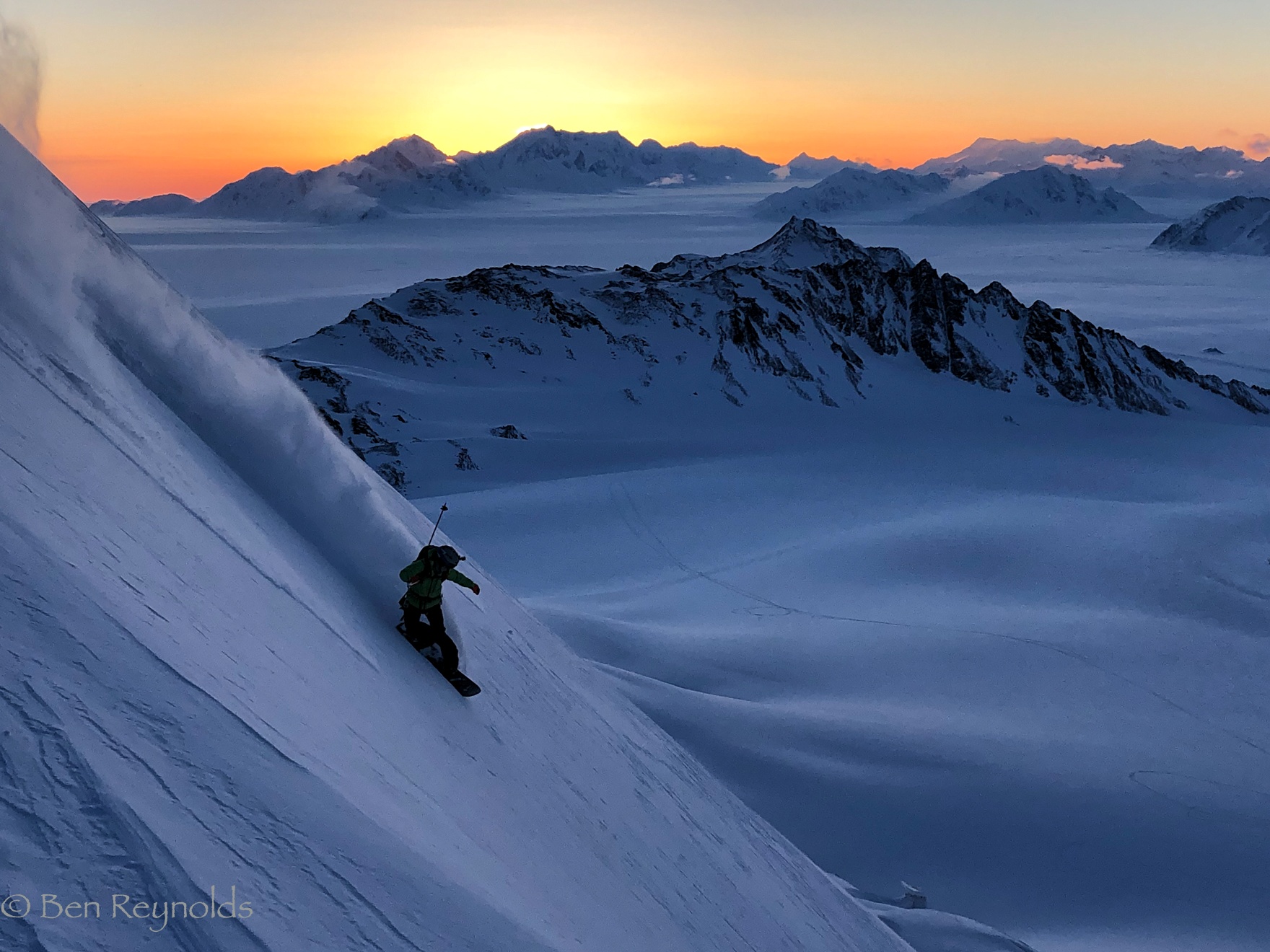 With a good feel of the snow in this area, we went on to climb two more steeper lines. We strapped on our verts and got into the vertical world. Each line felt so special. Not only were we skiing, we were on legitimate steeps! The sun set as we rode across the ice back to camp. We would have to leave the next morning before a weather system moved in. I went to bed with a full heart and cold toes. Epilogue: Our trip back to McCarthy went smooth. The ice bridge in the canyon held. Our gas tanks were on Empty as we pulled up in front of the 100 year old cabin. The new weather forecast called for another high pressure system. I drove 300 miles back home and resupplied. I turned around and drove back to McCarthy. Two other friends joined us as we loaded up even more fuel than before. Round 2. We went out for another 4 days. This time we did not get to ski any lines, however Greg and I made it all the way to the base of Mt. St. Elias. Next level sight seeing.

Temps dipped to -20f. Over the course of these 2 trips we rode 550 miles on our sleds. The route has been opened and new possibilities abound for those that choose to venture further. 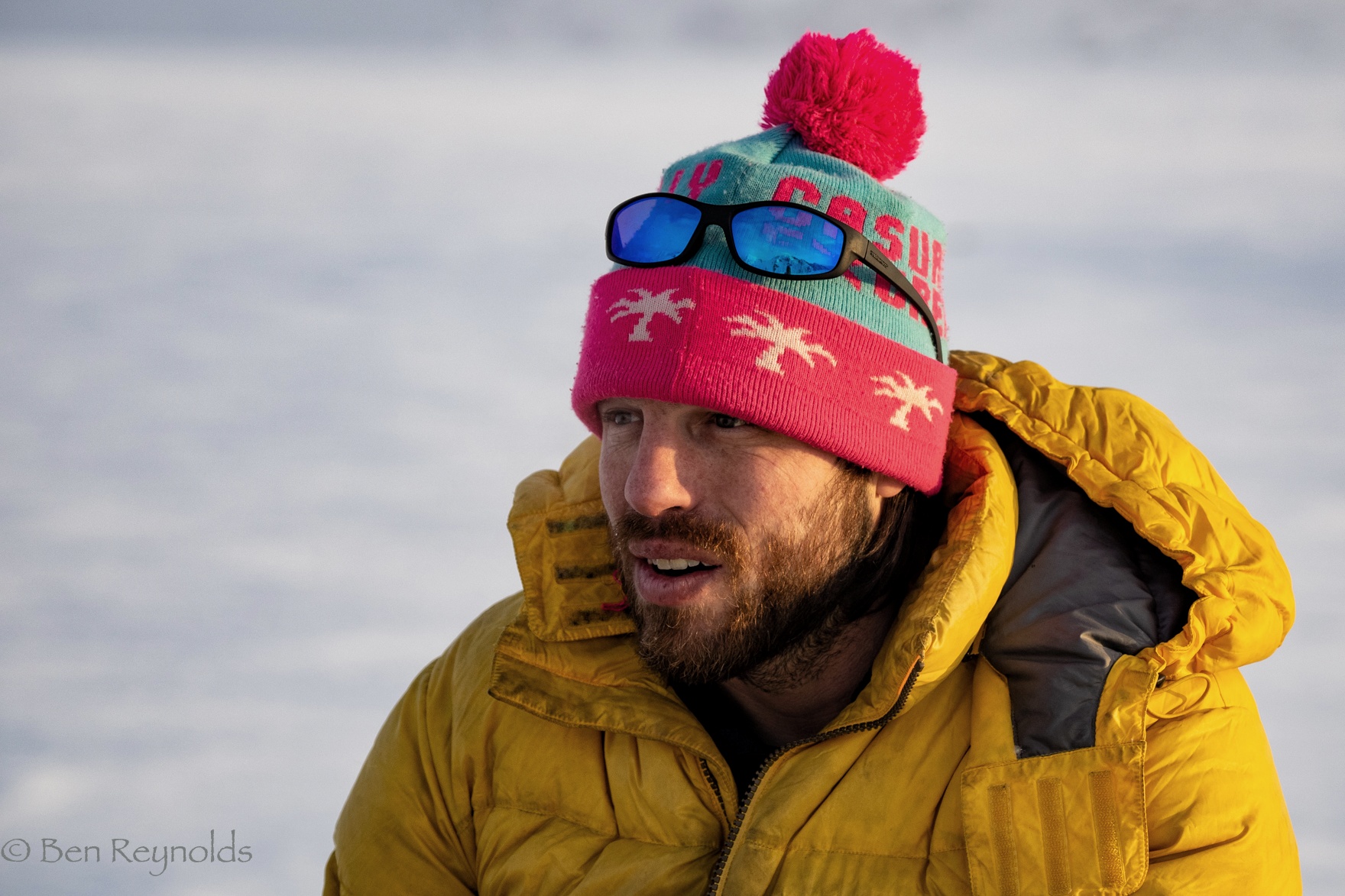 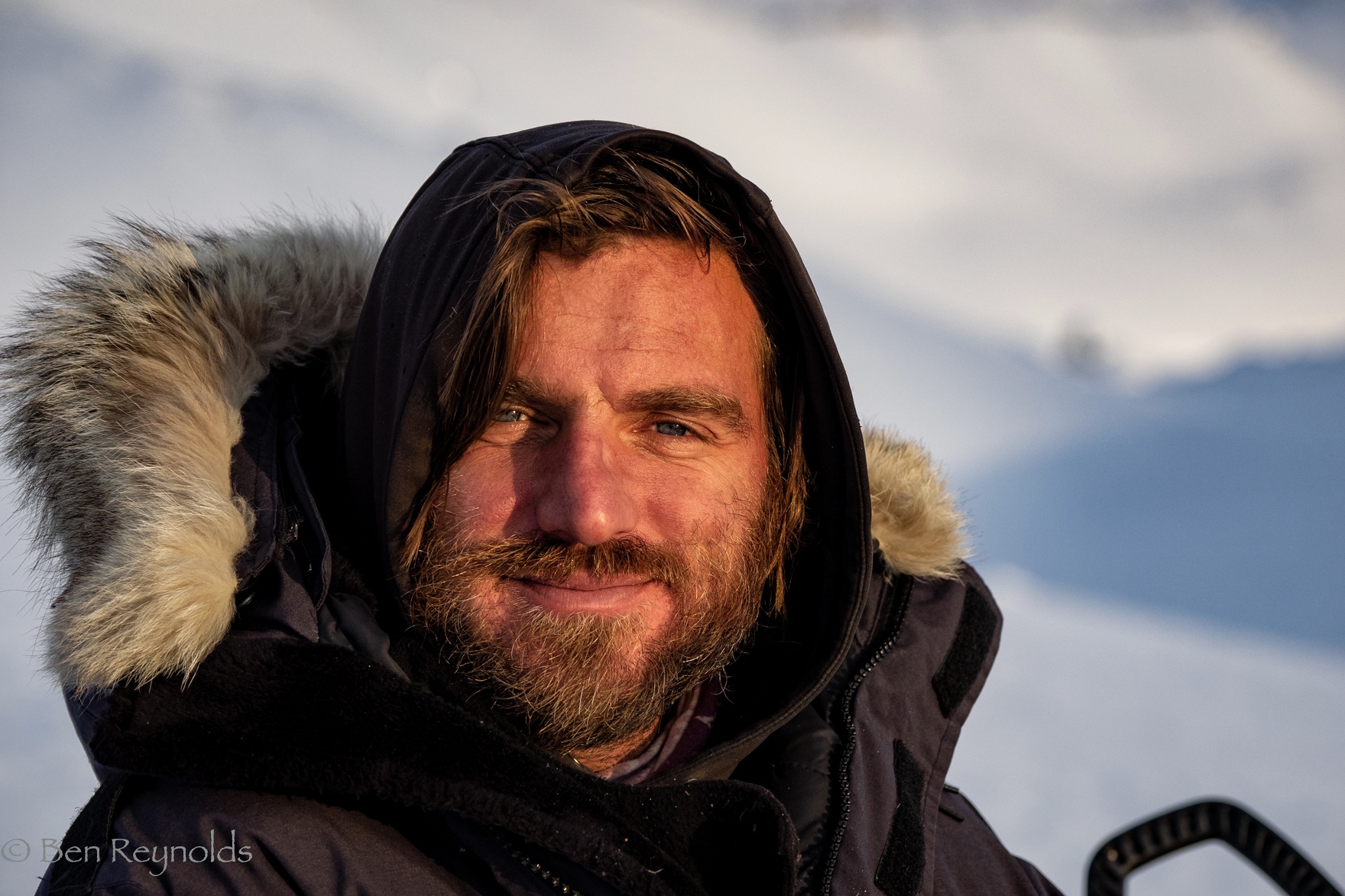 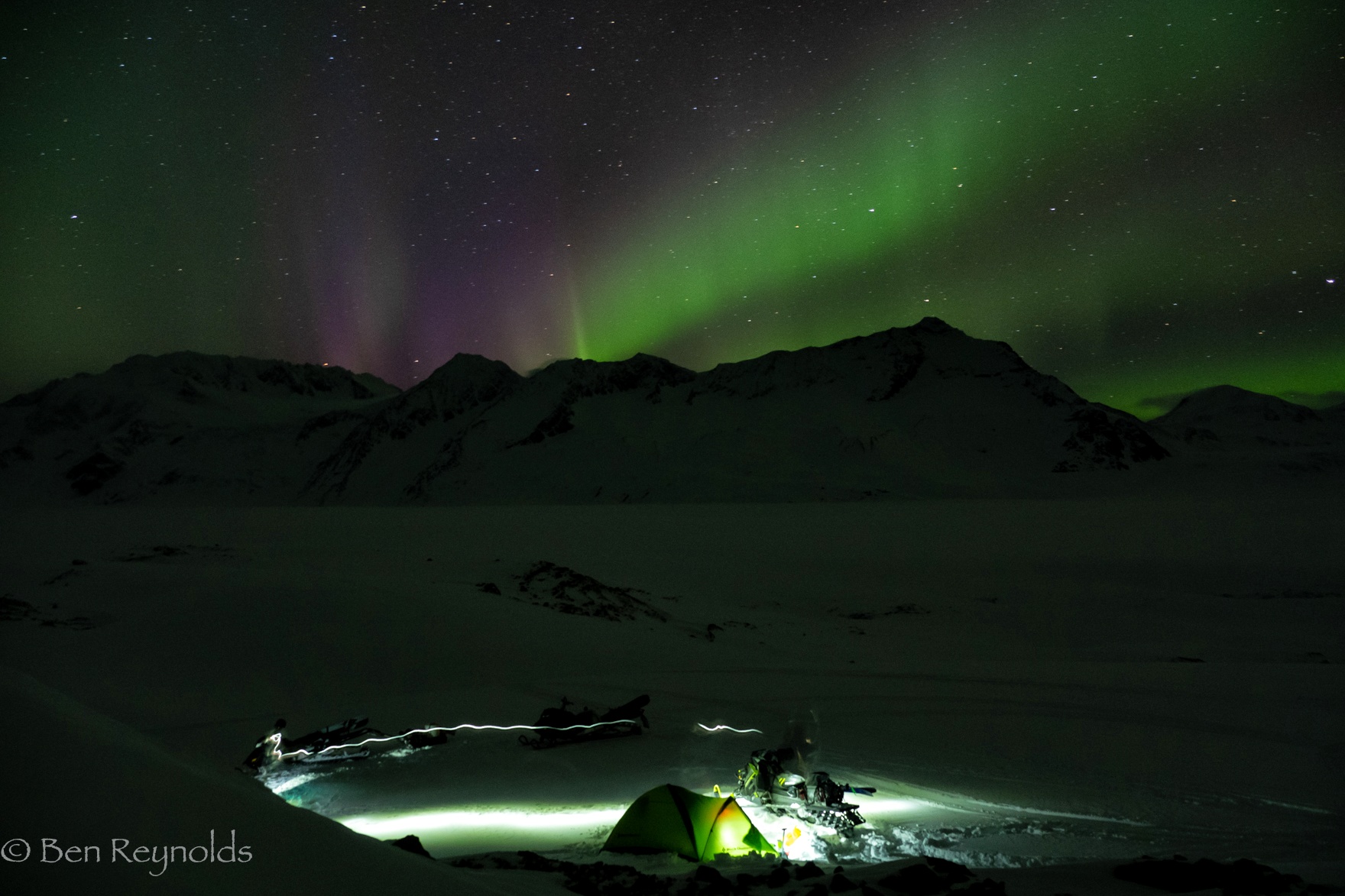 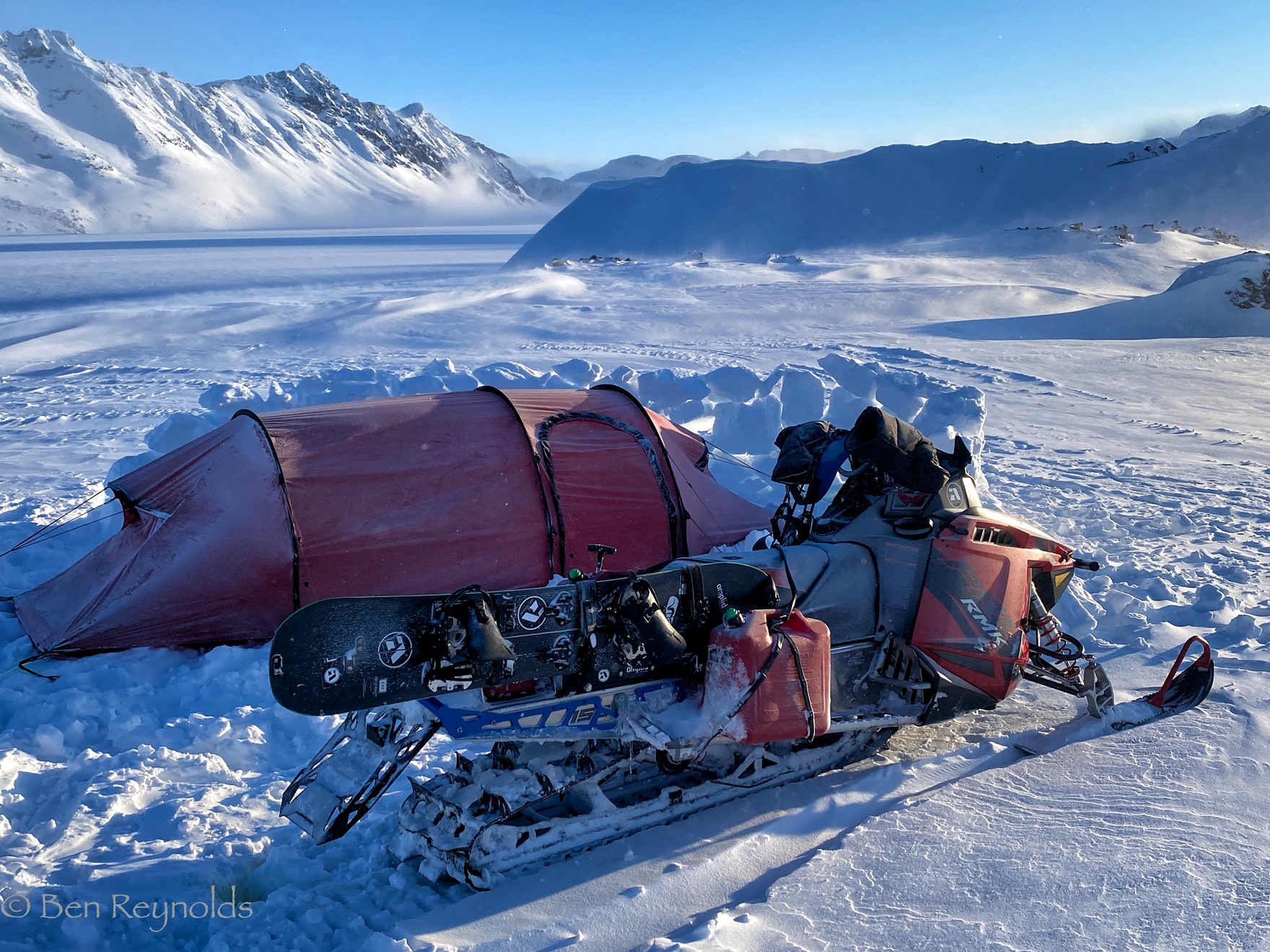 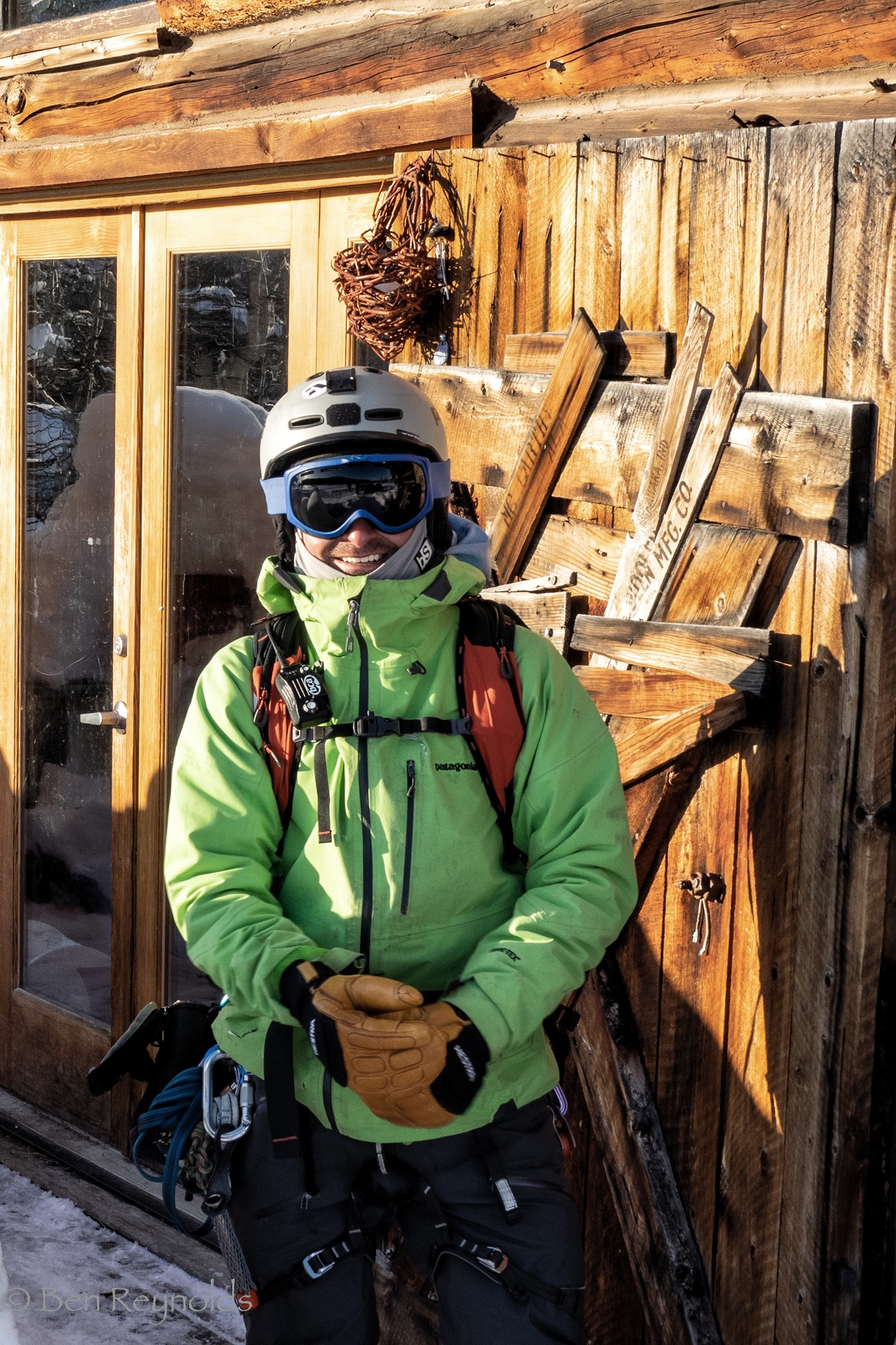 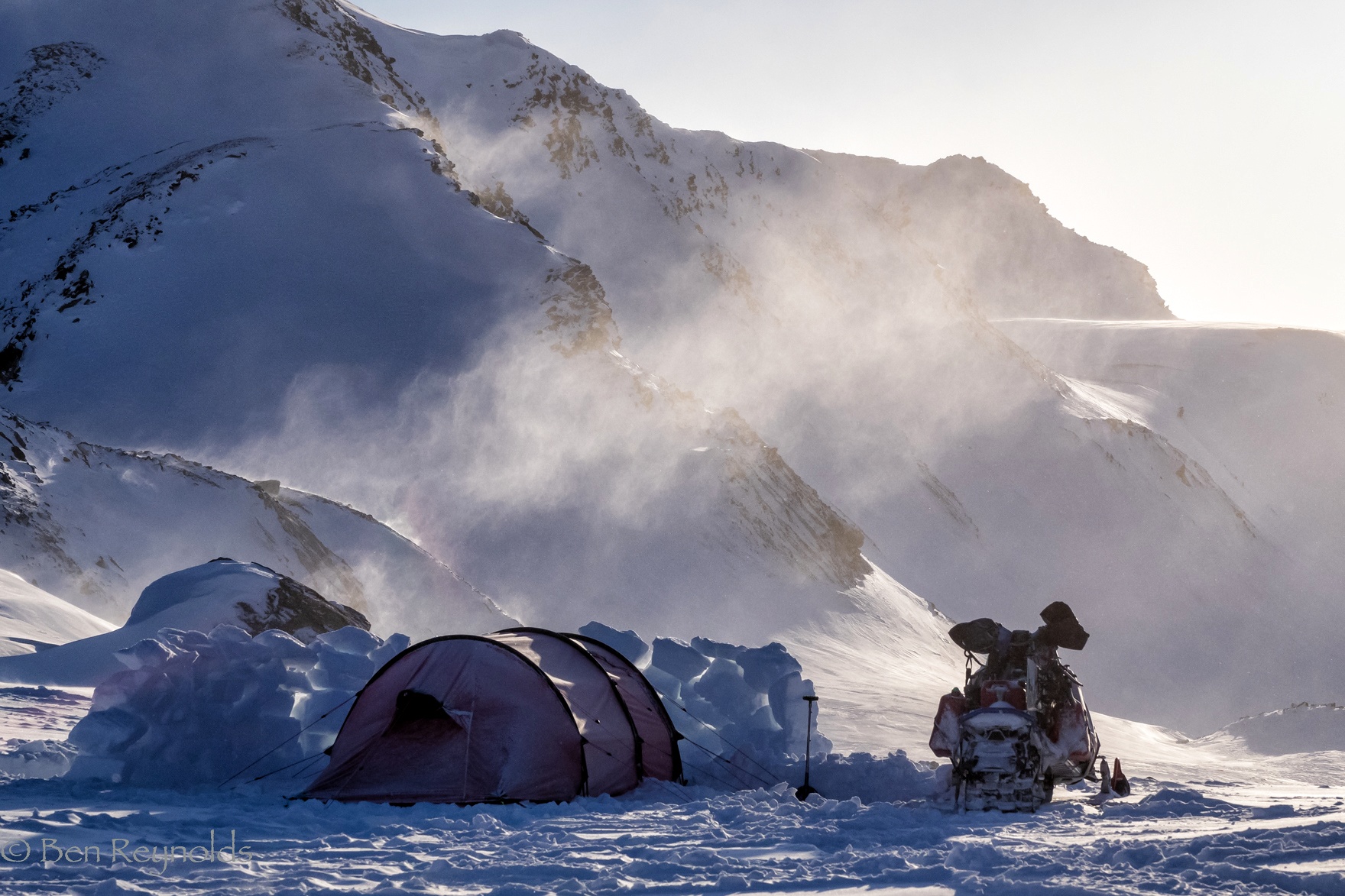 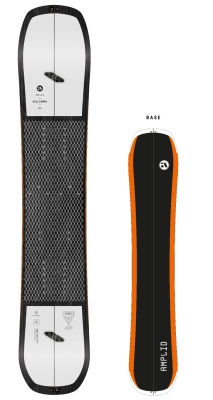 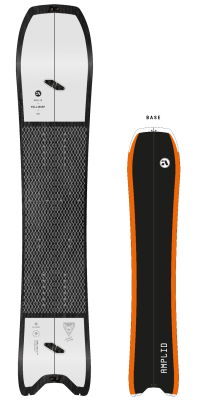 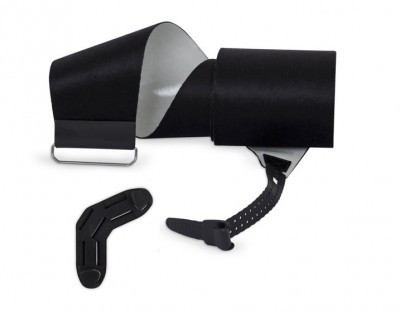