Touch-down, van lifeing and pennyless – the UK minimum wage and Europe travels had me stranded in the suburbs with maybe 3 litres in the van tank and living on rice and oats.  Regardless, I couldn’t help but eye off the upcoming weekend weather window in the snowy mountains.  I’d missed a bomber Aussie season, was keen to stretch the legs and try out a new Amplid Milligram board I was lucky enough to be in possession of.

Calls were made but people were busy…bubs on the way here, family camping trip there…I was on my own.  To be honest, though, I was looking forward to the solace of a solo trip – time to reflect in the Aussie high country… familiar big sky, bird calls, animal tracks, terrain I’d missed so much.

Late arvo and Guthega was left behind, that familiar skin track…strong winds and snow swirling in and out…head down…I trusted in and headed to the usual sheltered camp site under Mt Twynam.

Morning broke and that sun I’d missed so much warmed so well…I packed up camp and pushed on to summit the Twynam dome…resetting camp in a sheltered spot on the roof of oz, overlooking some of the best mountains that Australia has to offer. 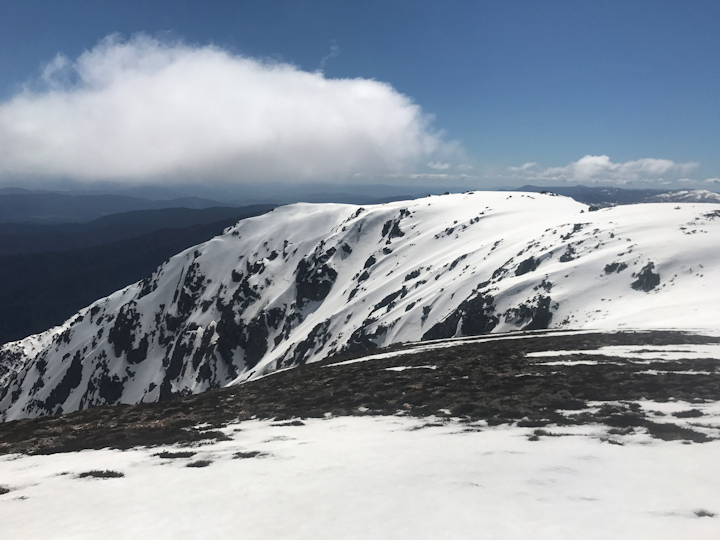 I had one objective to ride and this camp was in the zone!

The objective is a fickle beast, southwest facing, it’s mostly good for ice climbing/mountaineering training of sorts.  Arguably the gnarliest line in Australia, even in fresh snow, the wind blown often sits on a bed of ice ready to sluff the few game punters off their feet.

I didn’t rush it, evaluation was paramount…sussing each of the options on offer and whether it was boiler plate or rideable.  An uncommon thing for this line…skiers showed up on the ridge…we compared notes on lines ridden in Chamonix.  Australia certainly doesn’t have the crazy exposure of the likes of Chamonix, but there’s no PGHM to heli in for a rescue in 20 mins here – you’d be lucky to be reached in a day out here and an over-night would be likely if something went wrong. 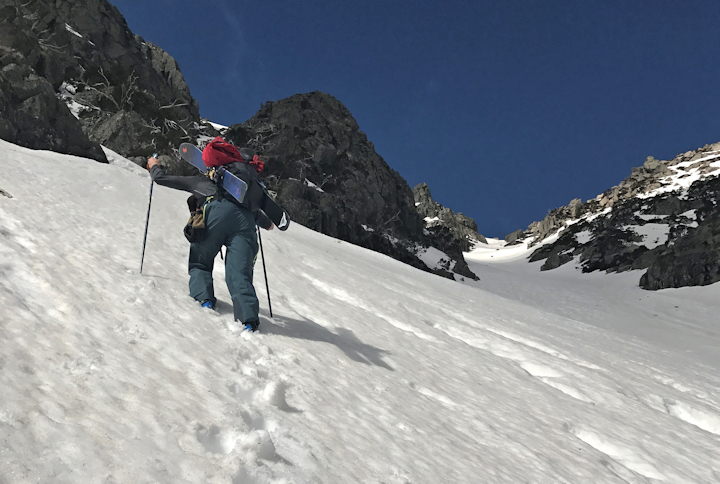 I was happy and confident in the evaluation, happier still that there was someone to ride it with. I strapped in, deep breath, blind roll in…  The first turns and the new board felt insane…light and playful…jump turns with speed.  I was over confident and entering the first tight section, the ice sheet showed itself and I slid fast on my heel edge …maybe 10-15m…maybe more… but managed to plant my axe and arrest a fall.  OK…breathe....stupid!...I took a moment and transitioned to my toe edge with ease that surprised me – the lightness of the board has so many benefits, particularly in heavy situations.  The face fell away steeply and the narrow crux was 50-100m below me…I could see the run out.  Some cautious turns on the icey underlay, I shedded some of the softer into the crux, lined it up and rode out to a more open section, the snow became increasingly soft and wet the lower I went, I entered Crags Creek and finished at the base of the snow line in the trees. 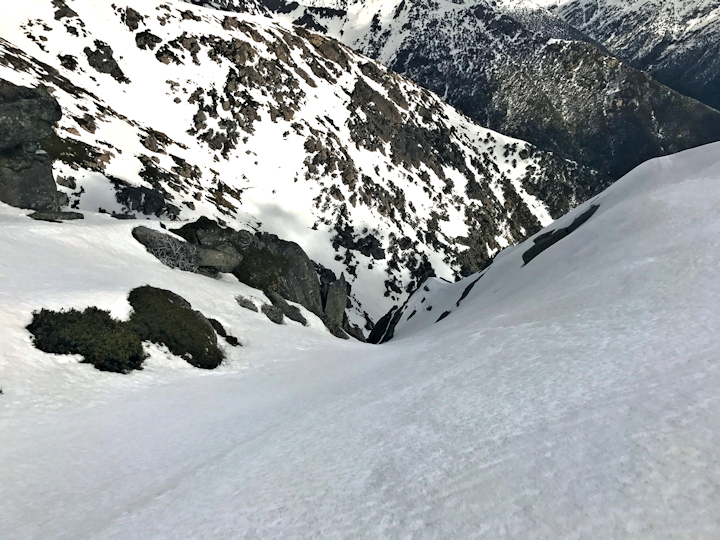 The steep hike out…evaluation of avi risk and route choice…but it was a joy. Returning to high camp, I was totally satisfied.  The other lines on that isolated peak will still draw me back, no doubt, but that’s good for now.  Water prepping for the next day was just bliss, the Geehi clouds swirled with intensity up Lady Northcotte to Curruthers Peak and Townsend rotating clockwise and seemingly forming its own micro weather system…I got clouded in for a period, but then that sunset broke through and the pinky-orange glow shrouded the high peaks, then took to the sky…the clearest of night skies took its shift once again filled with the familiar stars…so bright.  A feeling of total isolation, aloneness and freedom ensued. 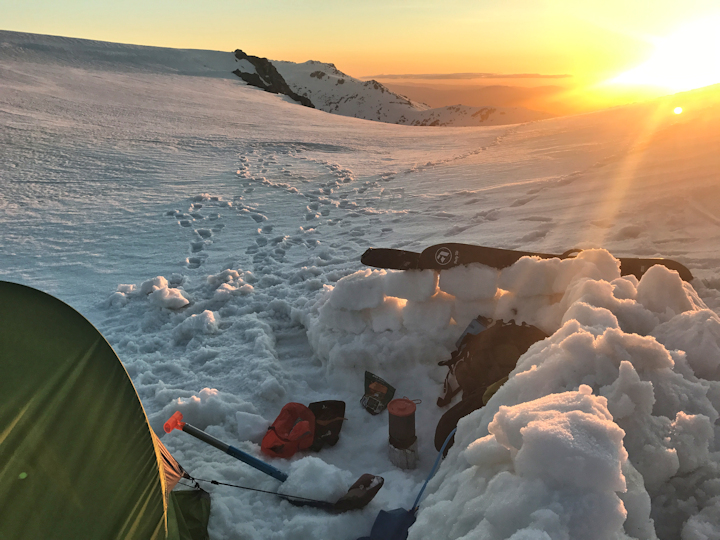