Welcome to the Team Julien

Amplid::: Next Level Riding is very pleased to announce that French freeskier Julien Lange has joined its International Cartel Team. Julien, who recently placed 2nd in Downdays Magazine’s “European Skier of the Year Poll”, is one of Europe’s most exciting backcountry skiers, bringing a heavy dose of style to cliffs, big lines and hand built booters.

For Julien, joining the Cartel is a homecoming, because Amplid was his first ski sponsor. When asked about rejoining the Amplid family, Julien said:

"I'm super happy to join the Cartel. Thanks to Amplid I realized at the age of 16 that I had the potential to be a professional skier. I love my life as a skier and I’ll do my best to show how much I love this brand. I’m really excited to be involved with this new adventure!”

Julien is a key signing for Amplid as it develops more all-mountain and backcountry orientated skis for its 15/16 collection. Amplid’s CEO, Peter Bauer, plans to involve Julien heavily in the development of future ski shapes and new technologies.

“Julien is the missing piece of the puzzle” he said. “We have been searching for an experienced skier that fits Amplid’s direction. Like Julien, the brand’s original fan base is venturing beyond the park in search of powder and challenges in the backcountry. Julien’s skiing has experienced the same evolution; his roots are in park and urban, but during the last few years his backcountry skills have really flourished.

I’m really excited about working with an athlete of Julien’s caliber and versatility to develop new hardware. If Amplid’s R&D team can keep-up with Julien, our customers can have complete confidence that the skis under their feet will meet their needs too.”

Julien is currently in talks with several big production companies. You can bet that you’ll be seeing a lot more of him and his Amplid skis next fall.Watch his ender in this winter's Gpsy Feelin release HooDoo below. 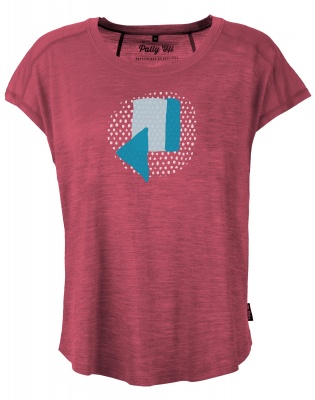