Every year touring skis get lighter, allowing skiers to venture further into the backcountry, travelling higher and reaching more undiscovered peaks and faces. But how light can a ski become before it loses the versatility to work in a variety of snow conditions and terrain? The fight between the big ski companies and the niche touring brands to build the lightest ski has turned into an R&D battle fuelled by a need for bragging rights and superlative-filled marketing claims. The point at which a ski becomes so light that performance get sacrificed… that’s the point at which event horizon of touring ski design has been reached! We’re not getting pulled into this black hole of stupidity. Foam is better on the top of a weiss bier than in a ski core and narrow skis are a waste of time in deep snow. Instead, Amplid’s engineers set an optimum performance level and got to work developing the lightest ski possible which still met this criterion. 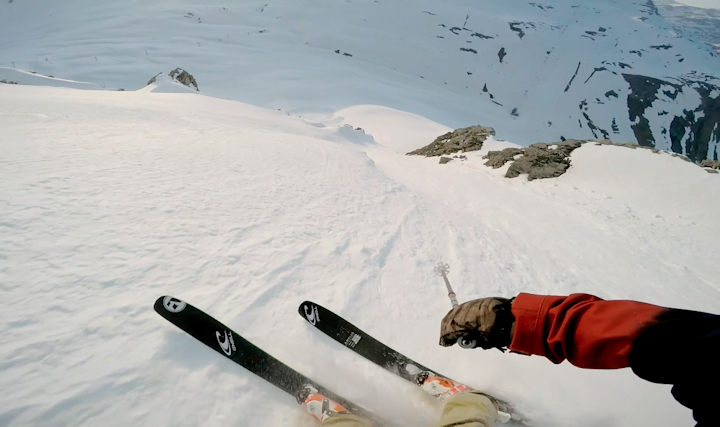 Fortunately, we weren’t starting from scratch with the Facelift: For the last three years Amplid has been refining “Topless Construction”, an ultralight carbon construction, for its Milligram splitboard. In the process Amplid’s design team learnt what resin/matrix to use and how best to dose it: They conducted extensive research into lightweight core materials with great ride properties and how best to arrange them: They even devised a partial diecut topsheet, called Tanga Technology, which protects the raw carbon in areas which are prone to chipping damage during touring, improving durability without adding the full weight of a regular topsheet. Adapting all of these technologies for skis certainly wasn’t easy and involved extensive testing, in the lab and on the mountain, to get the ski dialled. However, the three years of development already invested into the materials definitely turbocharged the project and gave us confidence that the construction performed time-after-time, to the highest level, in unpredictable backcountry environments.

The weight is approximately 1570g per ski at 184cm. That’s a 500g per skis saving Vs the Multiplayer, a weight reduction of almost a 25%. Its surface area to ski weight ratio is 0.73 which is one of the lowest numbers of any freeride-touring on the market and is particularly impressive because unlike most of its competitors the Facelift has conventional full-sidewall construction. Using the following materials enabled us to make these weight savings without sacrificing performance:

BBP Core - The BBP core places low density Balsa and Paulownia wood varieties in places of low impact and harder Birch beneath the bindings where compression resistance and screw retention are paramount.

Aero Epoxy - This super low viscosity resin comes from the aerospace industry where it is used to create intricate, strong and extremely lightweight components. The resin’s low viscosity ensures it squeezed into every nook-and-cranny to eliminate the risk of voids. Every excess drop of resin is squeezed out of the construction keeping product weight to a minimum.

Full Carbon Jacket - Carbon fibers are considerably stiffer and less dense than glass fibers, which means the weight of carbon fiber material need to create skis with the same flex properties as a fiberglass equivalent is considerably reduced.

Topless Tanga Technology - Instead of applying a heavy topsheet to the Facelift the ski is pressed with a release-film (non-stick layer) between it and the top of the mould. Small areas of die-cut topsheet are placed at the tips and contact points to protect the carbon at the edge from chipping when touring. The raw, exposed carbon is lightly finished for a slick, but imperfect prototype-like aesthetic.

Our team likes the way the Multiplayer skis so mimicking the geometry, feel and flex pattern were important design criteria. The Facelift has a freeride/backcountry freestyle orientated geometry with a 108mm waist identical to its heavier twin, the Multiplayer. The 5-dim shaping in the tips aids predictability and boosts floatation, and its cranky 17m sidecut creates an easy skiing feel in a variety of conditions. The Facelift’s Camrock profile consists of a camber cavity which is shifted back slightly from centre to create additional early-rise to the tips and increase stiffness behind the bindings for big landings and sudden speed adjustments.

The flex profile is as close to the Multiplayer’s as we could get it. Carbon skis have a more lively and responsive feel than fiberglass, but lightweight Paulownia wood, which we use in the core, is naturally damp and does a fantastic job of reigning-in the punchiness of the carbon fiber material. The result is a well behaved ski with a manageable flex and a very energetic personality.

Our intentions were to create a really accessible ski for all levels of backcountry skiers with a playful feel and broad performance envelope. When we sent the ski to Cartel rider Julien Lange and received this feedback after an intensive week in the Tignes backcountry we knew we’d hit the jackpot.

“I really need a light ski to hike up the mountain but once I reach the summit I need a reliable ski to charge down. I was blown away when I firstly tried the Facelift because I realized this ski was the one I was looking for! This super techy carbon ski is the lightest I've ever skied.”- Julien Lange

For those wondering what binding to use, we think the Facelift works great with DIN rated Pin bindings like the Marker Kingpin, G3 ION, Dynafit Beast and Fritschi Vipec, or with the more versatile, but doubtless heavier AT bindings like the Tyrolia Adrenalin. 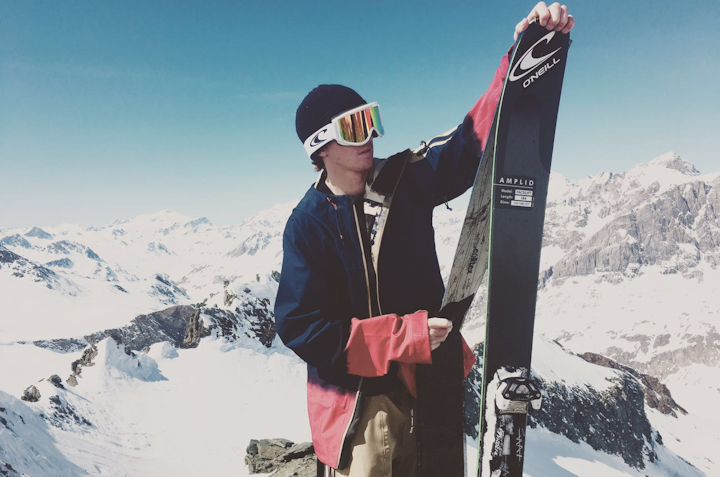