Pillow Talk - Idea Behind the Gear

This winter Amplid added the Pillow Talk to its line; a unique, short and fat snowboard with long, mellow rising tips that'll stand out in any lift queue. The ARC blog managed to catch ten minutes with Amplid's head honcho, Peter Bauer, to find-out a bit more about this stumpy powder rocket, its target rider and its bat-shit-crazy dimensions.

What was the objective with the Pillow Talk?

The previous year I’d been working on the Morning Glory. Its elongated contact points and long, fuller nose shape were revelations to me; I was amazed by how much surface area for floatation, could be squeezed in to a relatively short board. From the moment I tested the first Morning Glory prototype my eyes were open to a different way of designing board shapes. The idea of the Pillow Talk was to apply the “Jekyll and Hyde Geometry” shaping concept from the Morning Glory to a twin shaped freestyle board. Ride any resort on a powder day and look-out for good riders working hard to keep their true twins afloat… there are hundreds of them! The Pillow Talk is about giving these park rats the ultimate powder board for surfing freshies without sacrificing freestyle performance.

What are the defining features of the Pillow Talk and how do they affect the way it rides?

First off, the Pillow Talk comes in one length of 156cm, so it’s the same length as your average park snowboard. For freestyle it’s important to have a board length that feels lightweight and familiar.

To create extra surface area for floatation, the width of the Pillow Talk was increased to 26.7cm which is about 1.5cm wider than the average snowboard. To achieve the same surface area with length the Pillow Talk would need to be 165cm long. To keep the Pillow Talk nimble and increase the nose and tail length the effective edge was reduced significantly; in fact it’s a whole 8cm shorter than the effective edge of the Pocketknife 145cm! The final tweak to the board’s outline shape was to introduce a little bit of taper, only 7mm, but just enough to allow for easy riding in powder without sacrificing switch too much.

For the camber, Mid-Riser rocker from the 12/13 Declaration was resurrected. Mid-Riser offers the best buoyancy in powder without creating directional ride characteristics.

The last step was getting the nose and tail radius right. For the perfect powder board there needs to be enough rise in the tips to be sure that they don’t submarine in deep snow or catch in choppy conditions. At the same time the tips must provide active surface area for floatation and have smooth dynamics to prevent drag; flatter tips are better at this. It’s a balancing act to find a tip radius that generates plenty of lift in powder, but doesn’t catch every five minutes. The nose and tail kick radii (the nose and tail bend, not the outline shape) of the Pillow Talk are 8m… it took some serious experimentation to arrive at this figure! 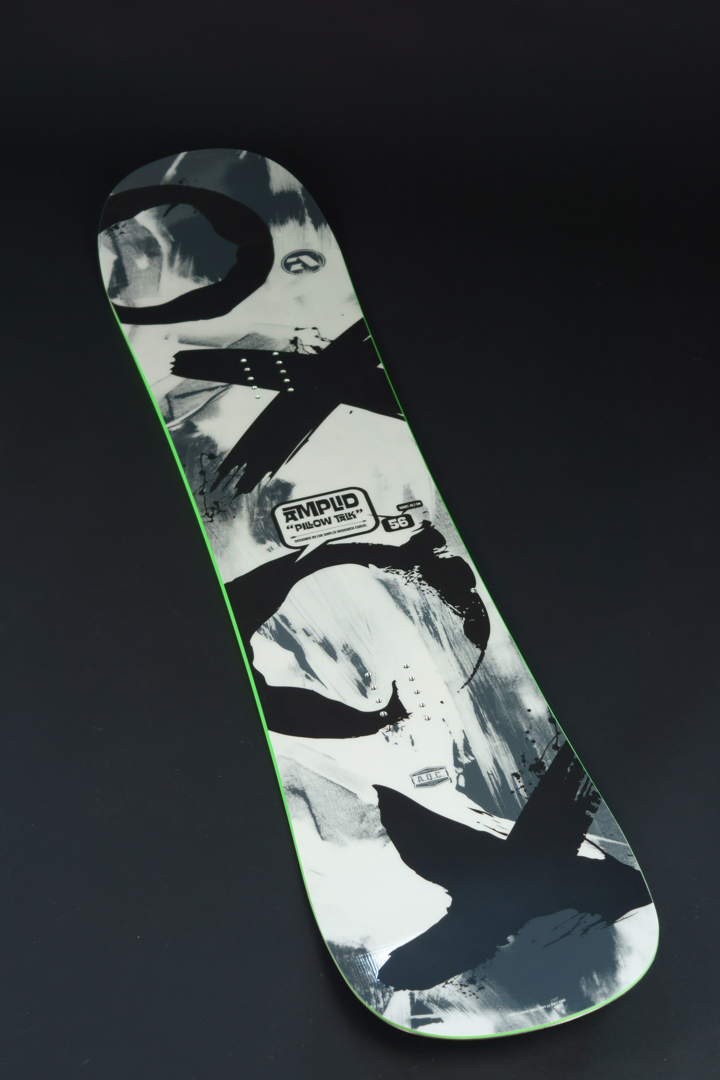 Wow 26.7cm at the waist is really wide; doesn’t it feel sluggish edge to edge for riders with a US9-10 boot?

In powder it feels really agile and dynamic actually, even with a size US8 boot. On hardpack, which isn’t really the Pillow Talk’s preferred environment, it doesn’t feel too sluggish. That’s because the board's contact points are quite close to the bindings. Most people are quite surprised by how agile it feels.

What kind of rider is the Pillow Talk designed for?

If you’re that rider that sees the potential for soft landings and pow turns on a bottomless day, then the Pillow Talk is for you. The board flex and shape make for a really buttery and playful snowboard and the centred stance is what you need for switch tricks and landings. We really designed this board for freestyle snowboarders who want powder days to be effortless and surfy, without having to commit to a directional powder board. 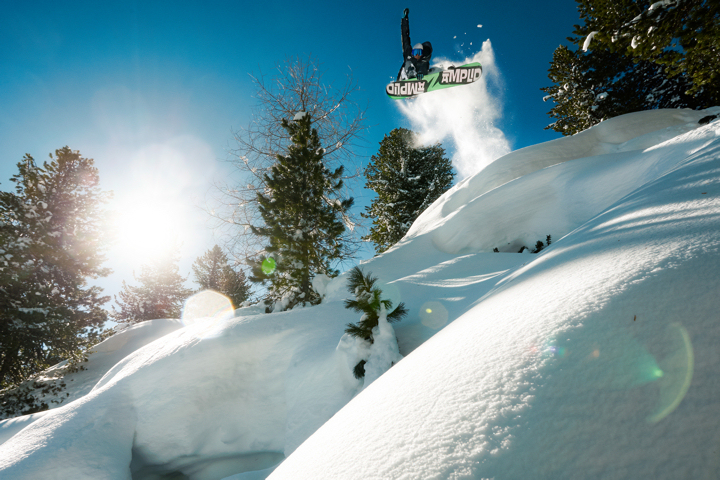 So it’s not a thoroughbred freeride board then?

If you’re looking for a freeride "gun" for charging couloirs or attacking spines with, then you’re going to be disappointed with the Pillow Talk. Wanna catch some airtime and surf some weird snow covered features in the slackcountry… switch? You’ll have the time of your life! Let’s just say that the Pillow Talk is not designed for middle aged men in GoreTex who get a hard-on for carabiners and crampons.

When you were designing the board were there any details that were difficult to get right?

The tip radii and the flex pattern needed several changes to dial. From the original prototype, the tip radius was increased from 5.5m to 8m to achieve that magical mix between lift and tip security. The core thickness in the nose and tail was also increased to add stiffness. It took about four prototypes before I was happy with the feel of the board and the feedback from the testers. 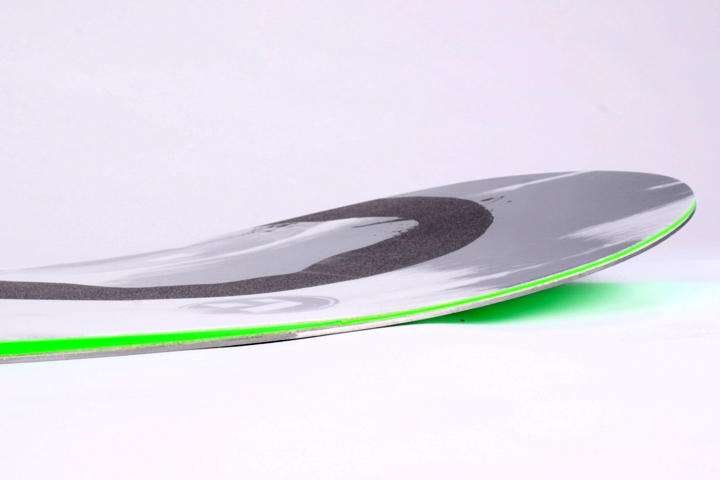 What do Amplid’s team riders think about the board?

The feedback from the team has been awesome, in fact a lot of our riders that come from a more freestyle background have made the Pillow Talk their” pow day” quiver board. The ability to ride switch fairly easily in powder and hit natural, snow-laden transitions as if they’ve been groomed, opens-up a lot of possibilities for these guys and really amplifies the fun factor!

Do you ride this board?

I’ve ridden it lots during the development and it’s a blast to ride, but it doesn’t really match my riding style if I’m honest, I can’t remember the last time I rode switch in powder… intentionally at least!

I’ll leave the young backcountry rippers to progress freestyle on it!