Before you delve into Jekyll and Hyde Geometry, it’s a good idea to understand the key dimensions of a ski and snowboard. In this example we've used a snowboard, mainly because it’s easier to fit labels on the diagram. Check-outt the diagram and use the alphabetical labels:

b & c) Contact points – This is the point at which the ski/snowboard engages with the snow. In most cases this is at the start and end of the effective edge. For skis and snowboards with a conventional concave/radial sidecut this is the widest point of the ski/snowboard. On reverse camber snowboards the contact points are the point from which the nose/tail rise from, but because using "start of the effective edge" is a bit long winded in these explanations we use the name "contact points".

e) Centre - Equidistant between the start and end of the effective edge, this is the dead-centre of the board/ski sidecut.

f) Reverse Sidecut - The area between the contact points and the radius of the nose/tail kick is known as reverse sidecut. This is the widest part of the ski/snowboard so the longer this area can be extended the greater the surface area. This area is usually created by sacrificing effective edge, i.e. more floatation but less grip.

In the following diagrams, the areas of black are where ski/board length has been removed and the areas of very light grey are the areas where surface area has been added. The medium grey area is where traditional and Jekyll and Hyde shapes overlap.

For the last couple of years Cartel rider Justin Norman has been demanding shorter and shorter snowboards. Justin wanted a short board that would feel agile when approaching rails and urban features with minimal swing weight, yet offer the grip and ollie power of a longer snowboard. The Pocketknife 150 has the effective edge and running length of a standard twin shaped board around 157cm in length, providing all-mountain control in hard pack and icy conditions. The tips then kick-up very rapidly with a tight radius to flat kick profile. Combined with its shallow Hybrid-V camber-line, the Pocketknife’s tiny kicks provide enough lift to ride any snow condition, except maybe the deepest powder. The Pocketknife’s unique geometry creates a short, lightweight and playful snowboard with the kahunas to hit big features in the park and carve arcs down black runs.

Who it's for: Freestyle snowboarders who want an agile, easy to spin snowboard with the edge hold and pop of a longer snowboard.

The design objective with the Morning Glory was 'maximum floatation in a nimble board length'. The key to floatation in any ski or snowboard is surface area, so width and length are both important properties for generating floatation. To keep the Morning Glory agile in tight terrain a length of 163cm was chosen. To compensate for losing potential length a little extra width was added to the board, increasing the waist from a typical width of 25.2cm to 26cm added around 100 square centimetres of additional surface area. When ridden in powder,  the elongated early rise nose of the Morning Glory and its almost centred stance keeps most of the nose in contact with the snow, combining this camber profile with a very full/blunt nose shape makes use of this extra available area. Tip length that was unnecessary in the tail was removed, reducing the board length by 5cm. Elongating the length of reverse sidecut at the nose also increased surface area. Bringing the start of the effective edge (the widest part of the snowboard) closer to the front foot improves board control because there is less force exerted at the extremities of the board length which require more force to control. The effective edge of the Morning Glory is short and the sidecut radius relatively tight, increasing manoeuvrability on harder snow conditions. When calculated, the total surface area of the 163cm Morning Glory is the equivalent of a 175cm snowboard with traditional directional shaping.

Who it's for: Powder hounds who want an unsinkable powderboard that's agile and surfy to ride but stable at high speeds.

The Rockwell’s ‘Five Dimensional’ shaping was the inspiration for the Pocketknife, the Morning Glory and for many competitors’ that have copied its unique dimensions. The Rockwell is an all-mountain ski that provides a fun ride and a bucket load of performance in a variety of terrain and snow conditions. The ski's 96mm waist is wide enough to provide extra lift in variable and powder snow conditions. The tight ~13m sidecut adds a lively slalom ski feel to short radius turns that feel more like a ski with 75mm of width underfoot, this feeling is amplified by the relatively short effective edge. Keeping ski length and reducing the sidecut means that there is a lot of additional surface area in the nose and tail of the ski, but this surface area is much closer to the skier’s boot than if the ski length was simply increased to add surface area. Surface area is much easier to control the closer to the skier’s boot it is. An added bonus is that reverse sidecut at the contact points can provide additional grip when jump turning and side slipping tight and steep chutes with questionable snow conditions and they also reduce tip drag when cutting through deep snow.

Who it's for: An All-Mountain skiers who want to ride park, powder and groomers all on one ski. Forget the quiver! 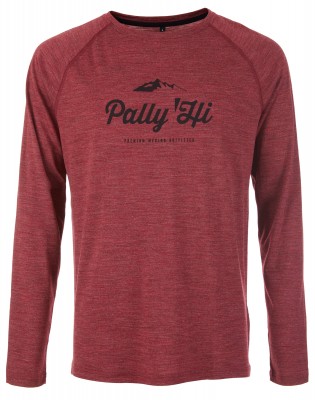 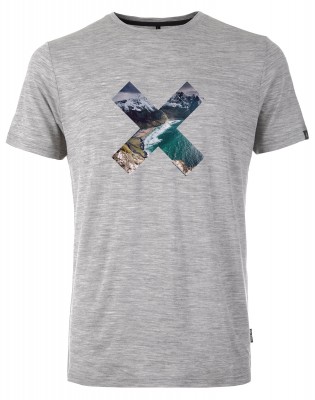