The bread and butter of Amplid’s snowboard program, our Playful All-Mountain range is the product of endless evolution and improvement. Each year these progressive snowboards benefit from trickle-down tech and clever tweaks to keep them ahead of the pack. In case you are looking for the swiss army knife for the entire mountain: It’s that board category where you will find your personal “one-quiver-board”.

Last but not least the Creamer, simply a trustful companion for big mountain missions!

All these boards are perfectly dialed with a nice balance of pop and responsiveness on the one hand, but really forgiving and relaxing to ride on the other hand.


For this season, we’ve got a very clear graphical concept for this product family, which means that all models are very easy to identify with both our brand and our playful allmountain range. Semi-transparencies are providing depth and giving insights to all the technologies integrated in these boards, and lots of partial-matt-effects to add a tactile dimension to the surface.

All boards feature a Low Camber w/ Early Rise – it’s a kind of a half-fat camber for all-mountain dominance. Its toned-down dimensions deliver a precise and lively feel much like Pop Camber, but with much improved deep snow performance and a more “broken-in” feel out of the shrink-wrap.
In the directional snowboards a touch of early rise is added to Cruise Camber to improve buoyancy even further.

What’s inside these boards:

VISCO DAMP
We have added VISCO DAMP to all our boards – except the Gogo where we wanted to make sure this board remains more accessible for the smaller wallet.Visco damp is one of our home grown dampening technologies.Vibrations create shear forces between the upper and the lower laminate. The TPU material is bonded to the top and bottom fiberglass laminates and absorb energy during initial shear deformation AND during the elastic return to its original shape, sucking-up vibrational energy and delaying successive vibration oscillations.

CARBON POP BAND
The boards are featuring a Carbon Pop Band  - A narrow band of uni-directional carbon stringers that run through the centreline of a snowboard from tip-to-tail, increasing pop and extending flex memory without altering torsional stiffness.

BASALT STRINGERS
We have basalt stringers which are running along the topsheet in a V-configuration from the contact points towards the bindings, these narrow bands of Basalt fabric dampen unwanted vibrations, reducing rider fatigue and keeping you edge engaged with the snow for improved control.


SINTERED BASE
The sintered Base goes like shit-off-a-shovel in all snow conditions. It is extremely dense, hard, more resistant to damage and simply super fast.

Which board model for which type of rider?

The Paradigma
The Paradigma is everything you want from a snowboard, without compromise. Since day one this legend has set the all-mountain standard. Now, with fifteen years of shape, camber and construction evolution under its belt, the bar it sets is sky-high!
Powder slashs, park laps, piste runs, early morning carves – whatever. Really!
It is a true Swiss Army Knife, probably the only board you really need – in case you decided to dedicate your life to a one-board-quiver.
No need to mention all the awards it has won during the last seasons. We added another insert pack underneath the backfoot. For the really deep days!

The Stereo
Very simply: Imagine the Paradigma in a true twin version. Park, pike, backcountry kicker – all that for the true twin lover? Here you go! With the same amount of awards… with a good reason!

The Creamer
is a kind of a “more directional” version of the Paradigma. The nose is longer than the Paradigma’s. And also longer than its own tail obviously. It’s got 6 mm taper – so just perfect for provide an alltime-floatation in really deep snow. It’s a rather traditional big mountain shape. So if you got enough space for big turns in a wide open face – you wanna be on the Creamer! Plus it carves really well on curdory !

For our ladies we got:
The Lovelife – just imagine a Paradigma for smaller or lighter riders. While the Paradigma is a directional twin, we built in a 3 mm taper into the Lovelife, to help get the nose out when the snow gets deeper!

The Gogo is pretty much the female version of the Stereo, but we skipped Visco Damp and exchanged the sintered base with an extruded one, simply to make the board a bit more accessible.


So again: If you are looking for THE ONE BOARD to spend the winter on – you’ll find it here in the Playful Allmountain Family. 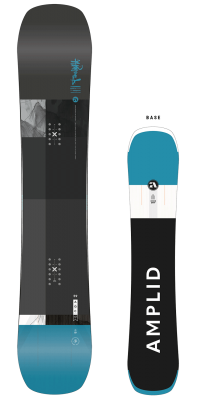 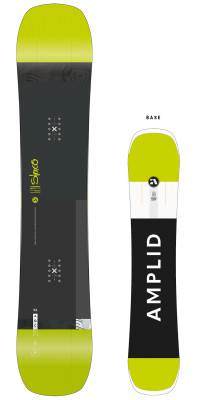 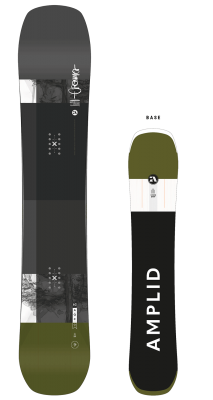 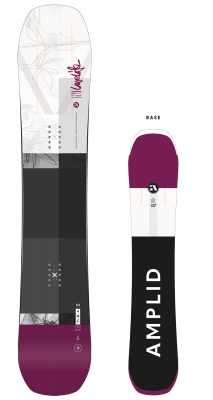 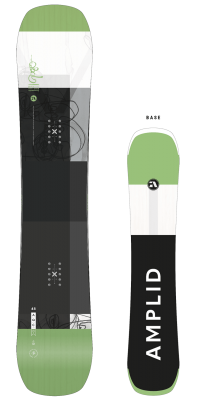