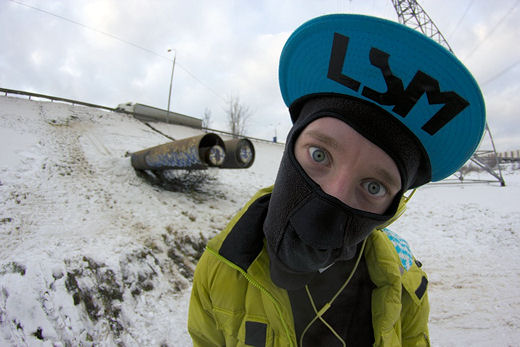 Today Amplid announces the signing of Russian urban shredder Dima Makrushin to it’s International Cartel Team. Moscow local Dima has been riding on Amplid’s Ambush team for the last three years, but with the success of his video parts with Life Steeze Media and the constant progression of his riding Amplid decided it was time to promote Dima to the Cartel.

Dima’s plans for this winter include filming new urban spots with LSM and their new high speed winch, travelling to Scandinavia, and in his own words “trying to ski powder”; not something he is used to skiing on the streets of Moscow. When asked about his big move to the Cartel team Dima said:

“It’s really cool; I still can’t believe it is actually happening and I’m going to be riding on the Cartel team with McRae Williams and Steve Stepp! It will inspire me to do some crazy skiing this coming winter.”