Crazy italian crowds and a huge spine jump, this is what the annual Skipass Show in Modena, Italy is all about. The contest format has been slightly modified for the 2010 version of the contest in comparison to last year’s edition: The BURN BEST TRICK CONTEST was a breathtaking 1 hour jam session for the invited riders. Simply the best trick convinced the judges and issued a check to bring back home.

Once more Modena turned out to be a very successful stage for the Amplid Research Cartel: 4th place went to Pako Benguerel(ESP) and 3rd to Amplid’s newcomer Luka Melloni (ESP). With a huge and perfectly sticked Switch Dub 10 Mcrae Williams (USA) walked away with a well deserved victory. 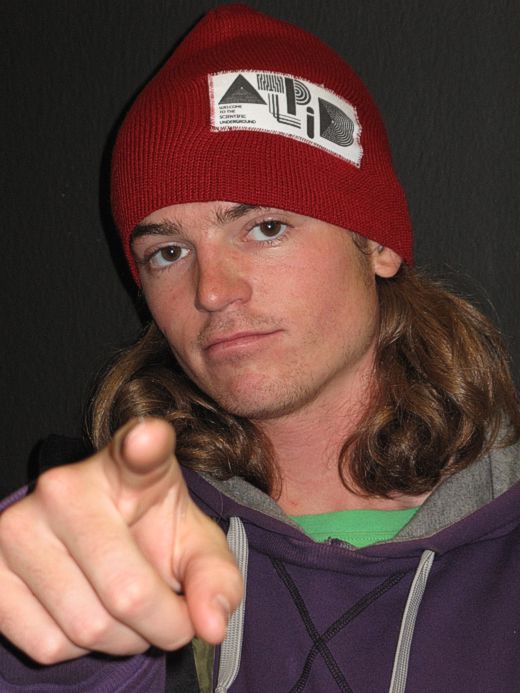 Here is a short interview with Amplid teamrider Mcrae Williams:

Mcrae – first time in Italy, how was your trip?

This has been an absolutely amazing trip! I have met so many amazing new people, and learned a lot about a very interesting new culture. As always, experiencing new cultures is very exciting. I had a long flight from Utah to Bologna, and then met up with the Italian Amplid distributor Alberto Penne. Alberto is an awesome guy and helped me out a lot with getting situated when I arrived. The first day was the Burn Best Trick, in which I managed to take the top spot! I was very stoked on the win and it pretty much set the mood for the weekend. The next two days we just got to chill at the expo where we checked out all the new gear, party, and chill at the hotel where all the riders were conveniently staying. Unfortunately, the weather only seemed to get worse but we made the best of it and put on a good show. Now I relax for the night and begin the long journey home in the morning.

How was the contest?

The Burn Best Trick was an amazing contest which took place under the lights on a scaffolding big air jump in front of hundreds of cheering people! There was an hour jam qualifier where the top ten skiers and top ten snowboarders battled it out side by side in an hour jam final, best trick wins. Fortunately, in spite of the sketchy in run and rather small jump I was able to stomp a switch dub 10 and take home the title along with Italian snowboarder Marco Grigis!

What’s next on your schedule?

Next I plan to head home and chill for a bit while the first snow of the season begins to fall. I hope to make it back to Europe for the Sweet Rumble Big Air in Norway at the end of this month, and possibly the Big Air contest in Budapest Fridge Festival, Hungary. I have also heard talk of a big air show in Seoul, Korea that I am hoping to attend but everything is still up in the air. Aside from all this I am set on heading to Breck in early December to begin training for the Dew Tour! I am stoked for what should be another great year!

What skis are you currently riding?

This weekend I was rocking the Amplid Antidogmas. I just started riding this ski this summer and I am very happy with it. It’s a very durable park ski and very responsive. The graphic is ill too, especially the bases!

Any future tricks you are working on?

This summer I was invited to a big air shoot/contest where I wanted to learn some new tricks for Dew Tour, and the trip was a success. I managed to stomp two new tricks that I have been thinking about all summer, and hope to unleash in Breck at the first Dew Tour stop. The tricks are switch dub 12 mute and rightside dub rodeo 9 safety.

In that case good luck with your new tricks and thank you for your time.