The ARC at the Nissan Skipass Competition 2011 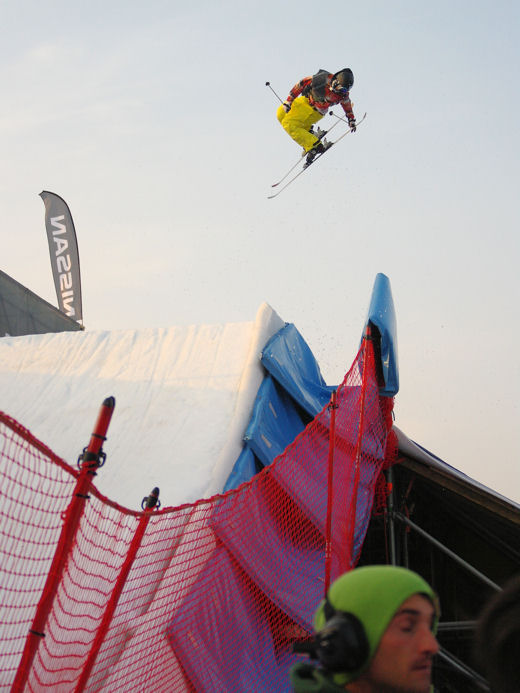 Last weekend a small crew of Amplid Cartel and Ambush riders consisting of Yannick Bovard, Xavier Favre, McRae Williams, Christoph Schenk and Luka Melloni gathered in Modena, Italy for the Nissan Skipass event. Like all inner-city events the setup was a little sketchy with 20 degree heat punishing the snow and a kinky transition between the run-out and the landing which caught a lot of riders by surprise, including Luka who took a tumble because of the sharp change in gradient and dislocated his shoulder.

The majority of Saturday was spent traveling to the event, putting in a few warm-up runs and for those riders who weren’t seeded there was the matter of qualifying. Xavier and Christoph rode well securing a spot in the semi-final, Yannick threw down some nice rodeos but didn’t quite make the cut. Saturday evening was a chilled affair; the team ran-into McRae at the hotel having flown in from London where he’d been competing the night before at the Relentless Freeze and everybody made their way to the nearby restaurant for a good helping of Stone baked Pizza and one or two bottles of Moretti. 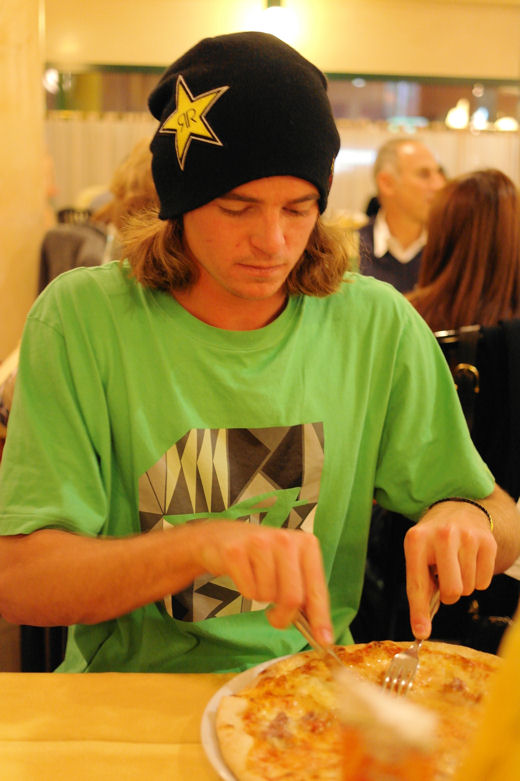 McRae getting involved with the local cuisine

By 11:00 on Sunday morning we’d managed to drag all of the team out of bed and after filming a couple of interviews it was back to the Skipass event grounds for the Semi-Finals. The riders were called to the ramp a little later than planned but after a short briefing it was back to hiking up the run-in. The standard of the riding in the semi-finals was really high with double corks and all manner of 12s being standard tricks, but the riders were definitely struggling with the soft and wet snow to clear the table, particularly those brave enough to drop the gnarly run-in switch, which was obviously the first thing that McRae did, immediately upping his and everybody else’s game. McRae rode well and qualified for the final in 5th fairly effortlessly. Christoph was riding incredibly well throwing 10s and even going for and almost stomping a double rodeo, but he just couldn’t put the landings down cleanly and so he missed the cut. On Saturday Xavier had also been savaged by the sketchy landing transition and an old shoulder injury had flared up. By his second run in the semi-finals it was becoming obvious that Xavier’s shoulder was causing him a lot of pain and also affecting his riding psychologically, he made the choice to pull-out of the competition after his second hit which everybody agreed was the right choice to make. 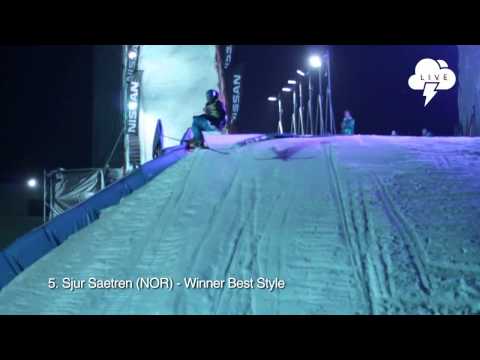 The finals kicked off just after 6pm by which time dusk had arrived and the snow in the run-in had hardened a little and sped-up a lot. On his freshly waxed Antidogmas McRae set the pace from his first hit stomping a faultless Switch Double Cork 10 which launched him into the lead with a monstrous 93 points. The international field of riders chased hard with Italian Marcus Eder stomping some nice double cork 12s but just unable to topple McRae’s first hit. McRae took the rest of his runs easy styling some slow inverts instead of hucking himself hard and risking injury at the start of a busy competition season. In the end it came down to the last hit of the night. Norway’s Klaus Finne managed to pump a lot of speed out of the run-in and stomped the biggest Double Cork 10 of the night with a seriously tweaked Guitar grab. Unfortunately for McRae it was enough to knock him off the top spot.

At that point we had to leave and make our way home, so we left the team to hit the parties and spend McRae’s second place winner’s cheque in the Jaegermeister tent .  Amplid HQ would like to say a big well done to the team for riding so hard and representing Amplid so strongly. 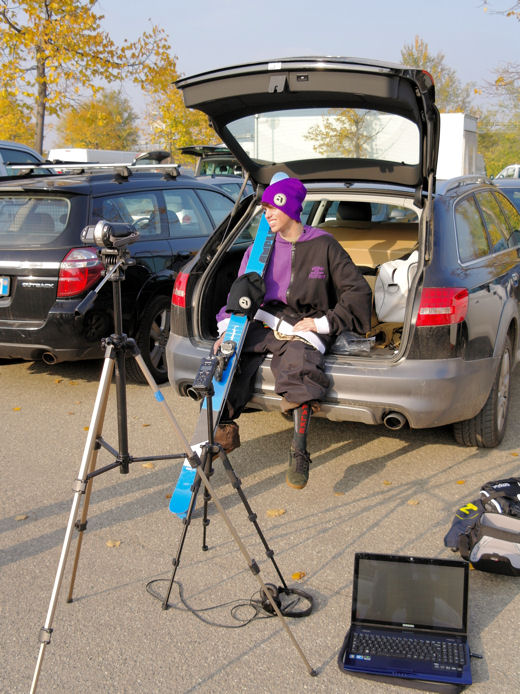