End of season park sessions are the bomb. Slushy landings, endless sunbathing and cold beers make a day on the hill more like a surf at the beach than snowboarding. Last weekend Alton Premium Store located in Fledkirch, Austria, hosted an end of season contest, the Alton Tournament. Amplid's Philip Toplitsch showed-up to support the store, his long-time sponsor, and session the monster 25m booter that the park team had shaped especially for the event. Philip ended-up winning the "Best Trick" award for a smooth backside double cork 900. Congrats Philip. 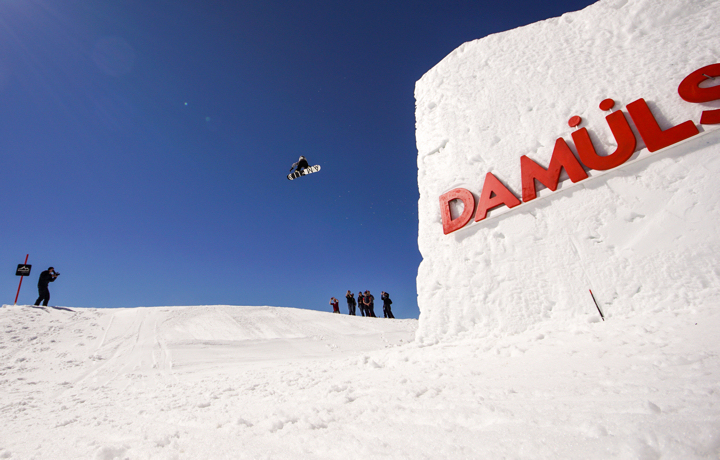 25 meter tables ain't no thang for Philip. Philip gets too close to the sun but unlike Icarus a soft landing awaits him... and a cold beer. 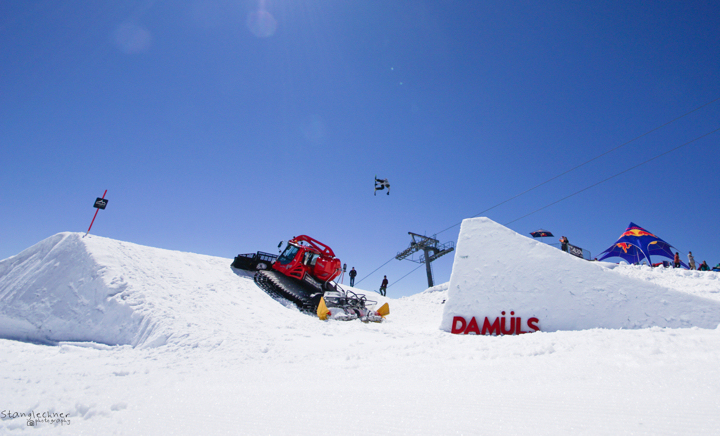 Seriously, 25m is standard... park a Pisten Bully in the landing and see if Philip cares.