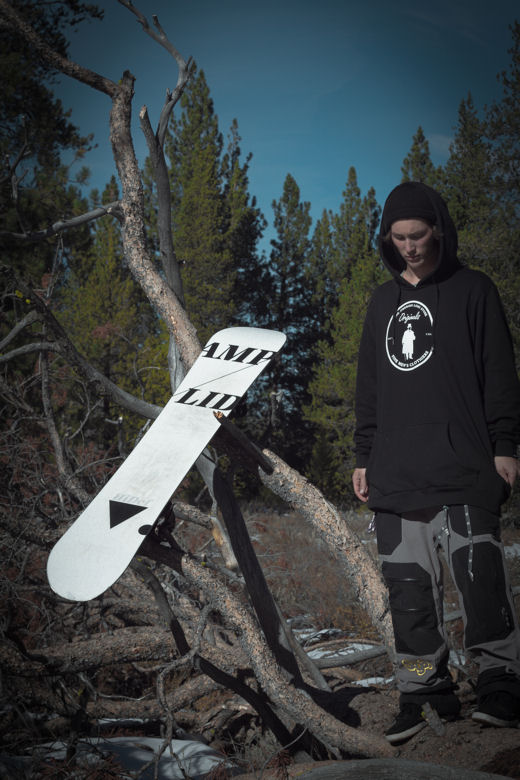 Amplid is incredibly proud to announce that US snowboarder Dash Kamp has joined the Amplid Research Cartel. Raised at Sandpoint, Idaho, Dash is now based at Boreal resort California. For the last year Amplid has been keeping an eye on Dash’s progress. With results like a 2nd place behind Seb Toots in the Slopestyle event at the Snowbird Dew Tour stop and the success of his “Walk in the Park” edit, when the opportunity to sign the 20 year old materialised Amplid’s man in the US Brandon Pastucka and Amplid co-founder Peter Bauer snapped-up the rising star.

For the coming season Dash will be competing at 5 and 6 star TTR events including the Billabong Air & Style in Innsbruck, the US & European Opens and the Artic Challenge in Oslo, Norway. When Dash isn’t globetrotting he will be filming with Montana based Toy Soldiers Productions for his third full video part. When asked what he will be riding for the imminent winter season Dash said

” The HiDef for sure; the flex is on point, there’s no swing weight at all, and the fact its lighter then both of my bindings is pretty sweet.”

“Dash’s sixth sense for board feel will be an inspiring influence on Amplid shreds”.

When he’s not competing or filming, Dash plans to go shredding with some of his new team mates

“Hopefully I get the chance to ride with everyone in the cartel. Im really trying to ride with J-norm as much as I can, oh and for sure Steve Stepp, SQUAD.”

Everybody at Amplid is stoked to have you on-board Dash! Welcome to the Amplid Research Cartel family.