Noah Awarded Rider Of The Year 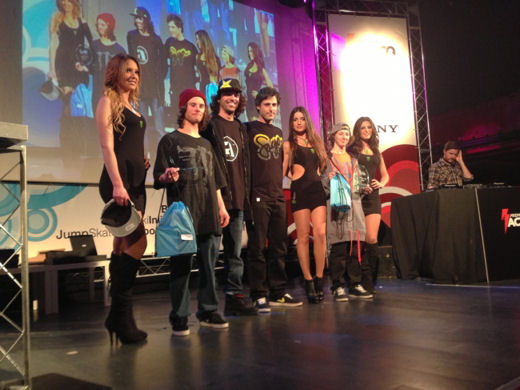 Last Thursday Trickon, in collaboration with ATS, hosted the first edition of the Action Awards. The event was held at Sala Apolo, the home of many of the Iberian peninsular’s  riders. There were awards for a total of 13 sports, each sport having a Rider of the Year and Rookie of the Year category, as well as an award for Filmer and Photographer of the Year.

Amplid’s very own Noah Albaladejo took home the award for rider of the year award and Carlos Aguareles won rookie of the year. Noah’s section in Stept Production’s 2012 movie ‘The Eighty Six’ had sealed the deal with the judges. Congratulations on another great achievement Noah!