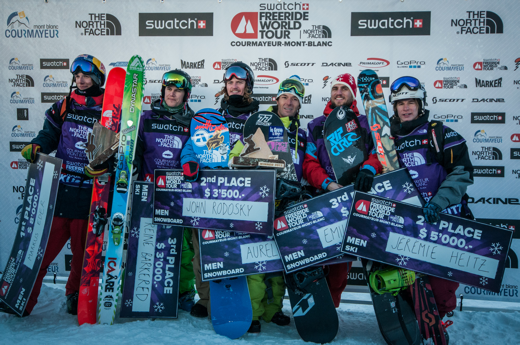 Congratulations to Cartel rider John Rodosky who yesterday took second place at the Courmayeur stop of the Freeride World Tour. His run described as “playful” by the live commentators included multiple 360s, some ballsy fall-line drops and a big ol’ back flip and placed John above some big name riders like last year’s tour winner Jonathan ‘Douds’ Charlet, tour stop one winner Ralph Backstrom and the hottest name in Big-Mountain snowboarding right now, Xavier De Le Rue. You can watch John’s run at the Freeride World Tour Website. This week the tour rolls into Chamonix on the other side of  Mont Blanc where John will be riding hard to keep or even improve his current tour standing of 4th and add to his collection of oversize comedy cheques. In Courmayeur John was riding an Amplid Creamer 162. 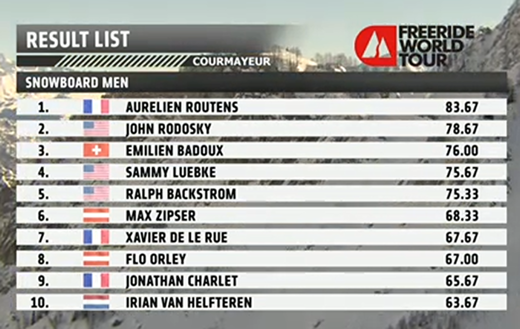