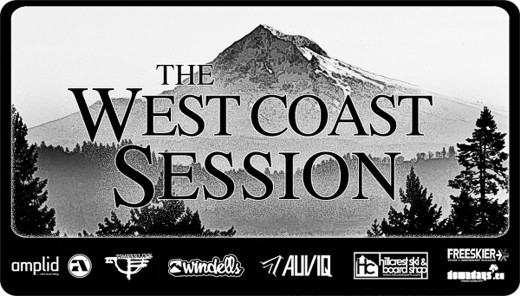 Spring on the West Coast and the feeling is good, it’s time to pack your bags and get out to Mt. Hood! It’s high time for another West Coast Session, now back for a triumphant fifth year.

Each spring the West Coast Session brings together North America’s top young skiers, videographers and photographers for an unconventional four-day film and photo shoot that has achieved cult status in the ski community. This year’s event takes place May 1-4. The world-class terrain parks of Timberline and the unparalleled training facilities of Windell’s Camp provide the perfect setting for invitees to progress their skills, while media partners Freeskier.com and Downdays.eu present all the action online.

But WCS is more than just a shoot; it’s also a community gathering. On Sunday, May 1 skiers of all ages and abilities are invited to join the crew for an unforgettable day of shred in the parks at Timberline.

A huge thanks goes out to the hosts and sponsors who make the West Coast Session possible: Amplid, Timberline, Windell’s Camp, Auviq, and Hillcrest Ski & Sports.

For more information on the West Coast Session, send an email to ethan(at)stone-snow.com.